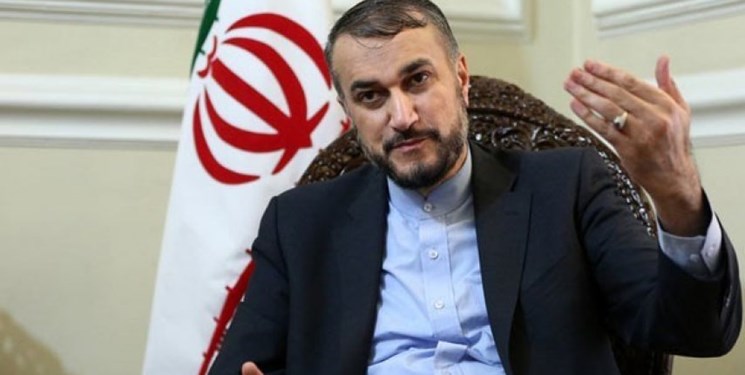 TEHRAN (FNA)- Iranian Parliament Speaker’s Special Aide for International Affairs Hossein Amir Abdollahian said that the US has always insisted on talks with Iran, warning that “negotiations for negotiations is a deceit”.

“US insistence on talks with Iran isn't new. We negotiated with Democrats and GOP (Republicans), but they clearly infringed commitments and betrayed us,” Amir Abdollahian wrote on his twitter page on Wednesday.

Amir Abdollahian underlined that the US is practically left with the one single option of removing all sanctions in action.

He referred to the US assassination of Iran’s anti-terror commander Lieutenant General Qassem Soleimani in January 2020, saying that Iranians will never forget the crime.

In relevant remarks earlier today, senior political analyst Seyed Mostafa Khoshcheshm noted the requirements of the recent parliament approval, 'Strategic Actions to Counter Sanctions', which call for enhancement of Iran's remedial measures, and said Tehran needs to caution the West that the time frame for the West's compliance with their nuclear deal undertaking is not open.

Based on the law, Iran in February stopped the voluntary implementation of the Additional Protocol to the NPT after the Biden administration refrained from removing the sanctions against Iran in compliance with the terms of UN Resolution 2231 and the nuclear deal.

Khoshcheshm believes that Iranian negotiators need to remind the European states and the US that the clock is ticking for them and the cost of their procrastination is Tehran’s next steps based on the parliament’s law.

“It should be noticed that the US and Europe intend to bring major changes to the form and agenda of the talks in the Vienna meeting as they first seek to establish a direct or indirect contact with Iran, and therefore seek to attend the meetings and start marathon talks to wear off Iran's resolve, i.e. its demands for a total removal of all sanctions imposed on the nation in the past four years and a verification of the lifting of the sanctions. Hence, the Iranian side should not allow the US presence in the joint commission meetings,” Khoshcheshm said.

He warned that the US also seeks to change the agenda of the meetings to Nuclear Deal 2.0 and then expand the scope of the talks to other issues such as Iran's missile and regional power, instead of lifting the sanctions. “Hence, Iran needs to stand firm to keep the meetings focused on the removal of all sanctions.”

The JCPOA Joint Commission held its 18th round of talks in the Austrian city of Vienna on Tuesday, with representatives of Iran, Russia, China, France and Britain in attendance.