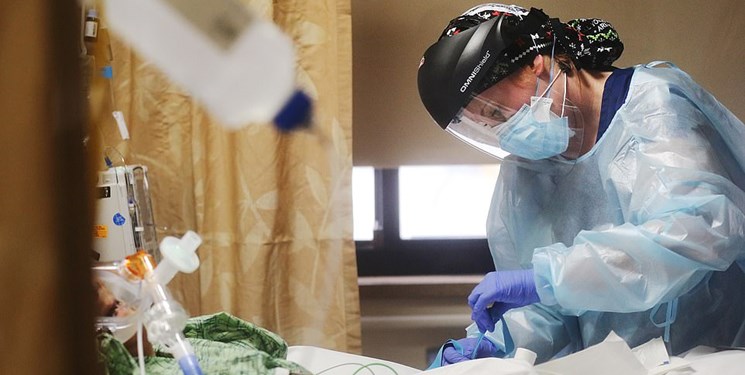 TEHRAN (FNA)- The UK variant of the coronavirus is now the most dominant strain circulating in the United States, health officials stated on Wednesday.

Dr. Rochelle Walensky, Director of the Centers for Disease Control and Prevention (CDC), said in a news briefing that the prevalence of "variants of concern" is increasing and that the UK variant, known as B.1.1.7, has taken hold across the country, NBC News reported.

"Based on our most recent estimates from CDC surveillance, the B.1.1.7 variant is now the most common lineage circulating in the United States," Walensky added.

The spread of the UK variant, which scientists have found to be more contagious, adds to growing concerns that the country may be on the cusp of another surge. Both case numbers and hospitalizations are increasing, even as the US is vaccinating an average of nearly 3 million people each day.

Walensky reported that some of the recent clusters of cases have been linked to day care centers and youth sports, adding that the uptick in infections seem to be driven by young people.

"Hospitals are seeing more and more younger adults — those in their 30s and 40s — admitted with severe disease," she stated.

The most recent seven-day average for hospital admissions in the US, at roughly 5,000 per day, has increased 2.7 percent over the previous week, Walensky continued.

New reported infections are similarly increasing, with the most recent seven-day average coming in at more than 63,000 new COVID-19 cases per day, an increase of 2.3 percent from the previous week.

Deaths, on the other hand, decreased by nearly 20 percent over the previous week, likely a result of vaccination of older populations, Walensky noted.

In a report published in January, the CDC predicted that the UK variant could become dominant in the US by March. At the time, only 76 cases of the B.1.1.7 variant had been identified in 10 states, but the agency projected "rapid growth" in the months ahead.

It's not unusual for a virus to mutate and evolve over time, and it's not the first time a variant of the coronavirus has overtaken other strains during this pandemic. A mutation known as D614G, which was first identified in China in January 2020, spread rapidly through Europe and New York City before eventually becoming the most common strain circulating around the world.

White House COVID-19 adviser Andy Slavitt stated Wednesday that the recent upticks in cases and hospitalizations underscore the importance of staying vigilant and getting vaccinated.

According to the White House, 108 million people in the US have received at least one shot, and vaccine eligibility is poised to open up to all adult Americans by April 19.

Though more research is needed, studies have suggested that the vaccines currently available offer strong protection against the B.1.1.7 variant. There are concerns, however, that if the virus continues to spread widely, other strains could emerge that are able to escape the protection induced by vaccines.

As such, Slavitt urged Americans to get vaccinated and uphold mitigation efforts such as social distancing and wearing a mask.

"Even as we vaccinate Americans in record numbers, we're still not even halfway there and the progress we've made can be reversed if we let our guard down," Slavitt said, adding, "It's in our power to minimize death, disease and misery. If all of us do our part, we can help save lives in April, May and June."