White House: US May Consider Diplomacy with North Korea 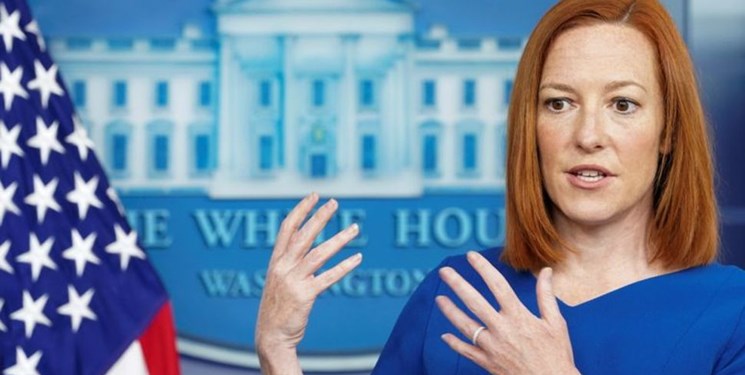 TEHRAN (FNA)- The United States is prepared to consider some form of diplomacy with North Korea if it facilitates regional denuclearization, White House Spokeswoman Jen Psaki told reporters on Wednesday.

“Broadly speaking, we have a clear objective as it relates to North Korea, which is denuclearizing the North Korean Peninsula, the Korean Peninsula, I should say. We are, of course, continuing to enforce sanctions, we are consulting with allies and partners," Psaki said during a daily briefing, Sputnik reported.

"We are prepared to consider some form of diplomacy if it is going to lead us down the path toward the denuclearization,” she added.

Last week, when asked if President Joe Biden plans to meet North Korean leader Kim Jong-un, Psaki noted that "his approach would be quite different, and that is not his intention”.

In 2019, then US President Donald Trump and Kim held a meeting in Hanoi but their talks did not bring any breakthrough in relations between the two countries.