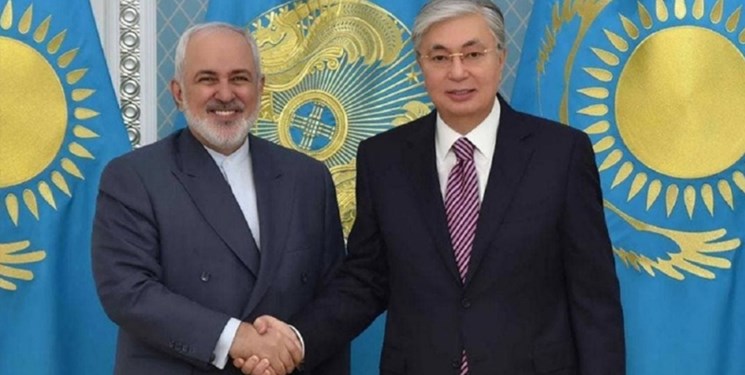 During the meeting on Wednesday, the two high-ranking officials examined the developments in the Joint Comprehensive Plan of Action (JCPOA), the peace process in Afghanistan, the Astana peace process in Syria, and the Conference on Interaction and Confidence-Building Measures in Asia (CICA) process.

In the meeting, Zarif described Kazakhstan as a friendly and neighboring country and assessed the closeness of the two countries' stances on regional and international issues as important.

He called it necessary to try to find sustainable cooperation pathways to maintain and develop relations between the two states.

Tokayev, for his part, stressed common history of the two countries and importance of developing cooperation with Iran, calling the Islamic Republic of Iran a key partner in the region.

He also emphasized the comprehensive expansion of relations in the economic and political sectors.

Zarif had also in a meeting with his Kazakh counterpart Mukhtar Tleuberdi in Nur Sultan on Wednesday underlined that the two countries share commonalities in different fields.

During the meeting in Kazakhstan's capital, Zarif said that historical, cultural, political and economic cooperation is of great importance in Iran-Kazakhstan relations.