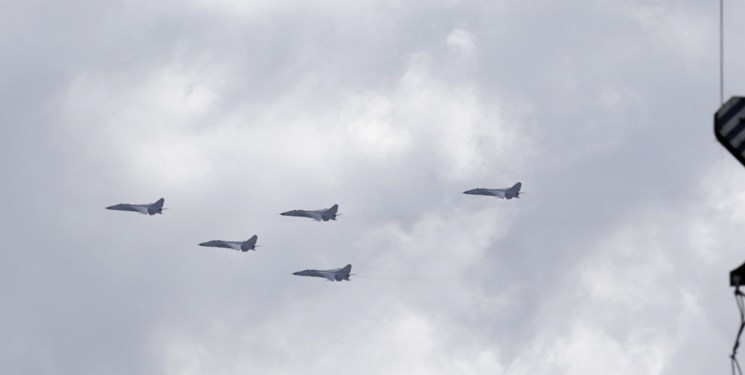 Tensions in the South China Sea rose further on Wednesday as Chinese aircrafts buzzed Taiwanese airspace and a US warship transited the Taiwan Strait, RT reported.

Among the 15 aircraft sighted on Wednesday, Taiwan’s Defense Ministry said there were two KJ-500, a third-generation airborne early warning and control aircraft, one Yunshuji-8 tactical transport aircraft and 12 fighter jets.

The US Navy confirmed that the guided-missile destroyer USS John S. McCain conducted a “routine” transit of the Taiwan Strait on Wednesday, demonstrating its “commitment to a free and open Indo-Pacific”. Beijing has previously spoken of its dissatisfactions with US military maneuvers in the South China Sea, adding it is “ready to respond to all threats and provocations at any time”.

“From my limited understanding of American decision makers watching developments in this region, they clearly see the danger of the possibility of China launching an attack against Taiwan,” he continued.

The minister noted that there were 10 flybys by Chinese aircraft on Monday.

Taiwan’s defense capability has been questioned in recent months following several deadly crashes involving Taipei’s air assets. Washington has increasingly encouraged Taiwan to invest in its military and increase spending on assets, much of which is developed by US defense contractors.

The island will carry out the first leg of its largest annual military drills, the Han Huang exercises, between April 23 and 30, the Taiwan’s Defense Ministry said on Wednesday, adding that the second phase would come in July and include real-world field maneuvers.

Beijing claims Taiwan as its province and considers US actions as meddling in China’s internal affairs.