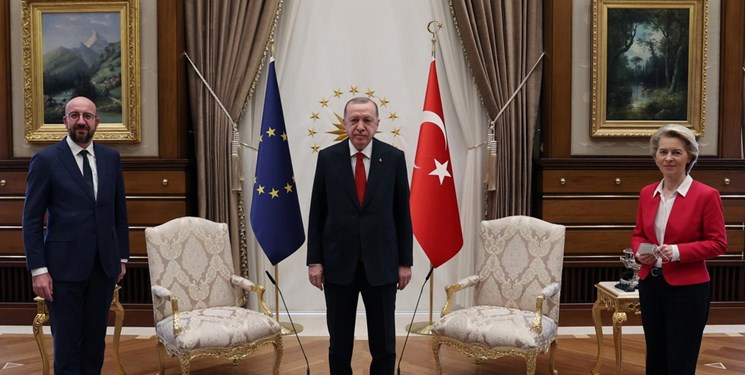 It produced an awkward scene, with von der Leyen several metres away from Erdogan and Charles Michel, President of the European Council.

Michel, a former Prime Minister of Belgium, is of equivalent rank to von der Leyen. Nevertheless, he sat next to Erdogan and did not offer up his chair.

The incident comes with Turkey under the spotlight over women's rights after withdrawing from the Istanbul Convention, an international treaty on preventing domestic violence.

Eric Mamer, the Chief Spokesman of the European Commission, told reporters that von der Leyen was "clearly surprised" by the absence of the chair but preferred to focus on the "substance" of the meeting and "give priority to formal matters".

Von der Leyen took the opportunity to discuss women's rights and the Istanbul Convention with Erdogan.

"Her assertiveness was clearly on display", Mamer stated.

Von der Leyen has already asked her staff to clarify the incident and ensure that a similar incident is not repeated in the future, Mamer added.

He also said the European Commission was not aware of any apology from the teams of Michel or Erdogan.

The team of Michel and the staff of the EU delegation in Ankara were involved in preparations for the meeting, as well as Turkish officials as hosts.

The protocol team of von der Leyen did not fly to Turkey due to safety measures related to the coronavirus pandemic.