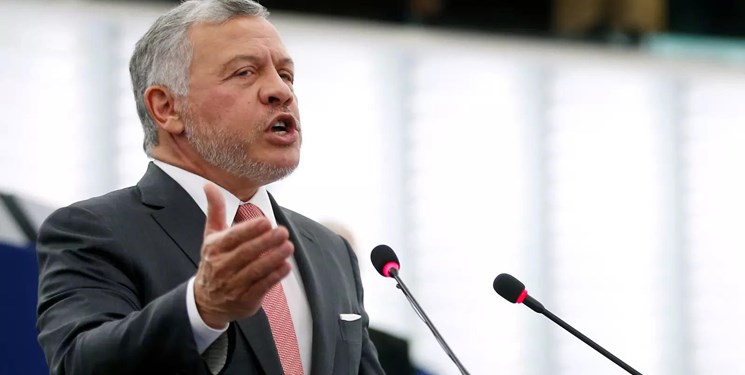 TEHRAN (FNA)- Jordan’s King Abdullah addressed the rare public rift within the royal family for the first time, saying the “sedition” that caused him “pain and anger” has been buried.

In a statement broadcast to the nation on Wednesday, the king addressed Jordan’s worst political crisis in decades, sparked by an alleged plot involving his half-brother Prince Hamzah, Al-Jazeera reported.

On Wednesday, US President Joe Biden spoke with King Abdullah and discussed the strong bilateral ties between the two countries.

A major internet provider was down for several hours on Wednesday and residents in the capital, Amman, reported seeing military aircraft and helicopters overnight.

“People are not sure what’s happening to them,” a 28-year-old resident said via secure internet line, speaking on condition of anonymity because of the media gag order, adding, “This is terrifying.”

Jordan was already grappling with an economic crisis exacerbated by the coronavirus pandemic, with one in four people out of work. Longstanding complaints about corruption and misrule have driven scattered protests in recent months.