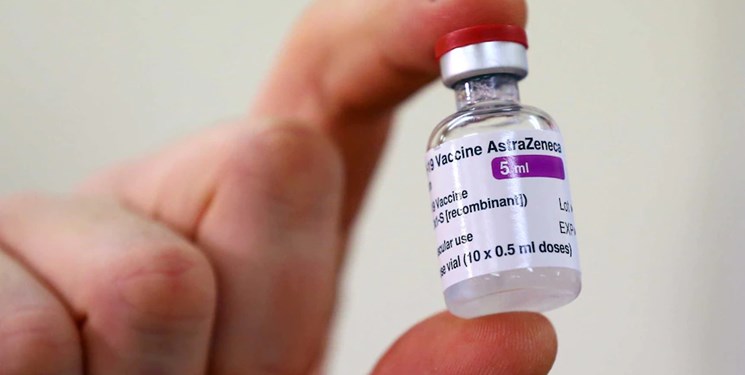 TEHRAN (FNA)- Young people under the age of 30 in the UK will be offered an alternative to the Oxford-AstraZeneca vaccine as evidence emerges of a link between the jab and extremely rare blood clots.

The government’s Joint Committee on Vaccination and Immunisation has announced that healthy adults aged between 18 and 29, who have no underlying health conditions or risks from coronavirus, should be offered an alternative vaccine, where available, when the UK’s vaccine rollout is widened to the rest of the population, The Independent reported.

Prime Minister Boris Johnson said people should “continue to have full confidence” in AstraZeneca and other vaccines while Labour leader Sir Keir Starmer noted the vaccine was “safe, effective and saving thousands of lives”, adding people needed to trust “our doctors and scientists”.

It comes as the UK medicines regulator said there had been 79 cases of blood clots associated with low platelet cells in the blood, a condition known as thrombocytopenia.

The European Medicines Regulator announced it too believed there was now a link between the vaccine and rare clots, but added it remains safe to use and should continue to be administered in adults.

The UK’s Medicines and Healthcare products Regulatory Agency said of the 79 cases, 19 people have died – of which three were aged under 30. All 79 cases occurred after the first dose of the vaccine. The affected patients were aged between 18 and 79 and included 51 women and 28 men. Three out of the 51 women were taking oral contraceptives and two were receiving hormone replacement therapy.

Health officials say the AstraZeneca vaccine remains safe for the vast majority of patients. Twenty million doses have been administered across the UK, with an estimated 6,000 lives saved, based on the average death rate from COVID. This would make the risk of a rare clot around one in 250,000.

At a briefing on Wednesday afternoon, deputy chief medical officer Jonathan Van-Tam said the decision was a “course correction” to the UK vaccine programme and would have only a negligible impact on the UK’s vaccine rollout.

He stated the government’s experts are “all over this” and “almost working without a break”, adding, “If you sail a massive liner across the Atlantic, it’s not really unreasonable that you are going to have to make at least one course correction."

“Vaccines continue to be the way out for the UK … the way we can get our lives back to normal,” he stressed.

Professor Wei Shen, chairman of the Joint Committee on Vaccination and Immunisation (JCVI), said those who have had a first dose should still be offered a second dose of AstraZeneca.

“We are not advising a stop to any vaccination for any individual or any group,” he noted, instead, his group was advising a “preference”.

He added, “For somebody who is 31 and 32 they have to make their own decision ... we would still say the balance is in being vaccinated.”

June Raine, chief executive of the Medicines and Healthcare products Regulatory Agency, said the UK’s “monitoring systems” were “now detecting a potential side effect of the COVID-19 vaccine AstraZeneca in an extremely small number of people.

“The evidence is firming up, and our review has concluded that while it’s a strong possibility, more work is needed to establish, beyond all doubt, that the vaccine has caused these side-effects,” Raine continued.

She added, “Based on the current evidence, the benefits of the COVID-19 vaccine AstraZeneca against COVID-19 and its associated risks, hospitalisation and death, continues to outweigh the risks for the vast majority of people. The balance of benefits and risks is very favourable for older people, but it is more finely balanced for the younger people.”

The MHRA is advising any patient who experiences symptoms four days after vaccination to seek medical advice. This includes a severe or persistent headache or blurred vision, shortness of breath, chest pain, leg swelling or persistent abdominal pain, or unusual skin bruising or pinpoint spots beyond the injection site.

Sir Munir Pirmohamed, chair of the Commission on Human Medicines, said people with a history of blood disorders that increases the risk of clotting should only have the AstraZeneca jab when the benefits outweigh any potential risks. Anyone who experienced clotting complications after a first dose should not have a second.

He added that COVID-19 itself was known to cause clotting disorders, with up to 23 per cent of patients in intensive care having some form of clot.

Speaking to Sky News on Thursday, Health Secretary Matt Hancock insisted there are “more than enough” Pfizer and Moderna to cover the under-30 age group.