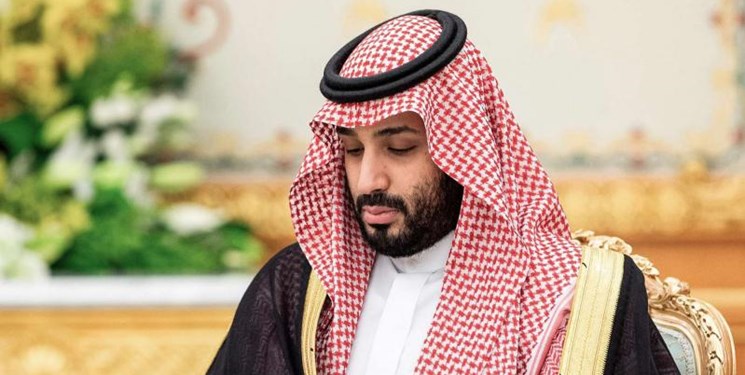 TEHRAN (FNA)- A new feature-length documentary set to debut next week on French TV alleges that Saudi Crown Prince Mohammad bin Salman (MbS) pressured the Louvre to lie about the authenticity of a painting he had purchased in order to spare him the public humiliation of having spent $450 million on a fake.

“The Savior for Sale”, by French filmmaker Antoine Vitkine, delves into the murky controversy surrounding the Salvator Mundi, or “Savior of the World”, a portrait of Jesus Christ that has been dubbed the “male Mona Lisa”, Forbes reported.

The painting made art world history in 2017 when nearly 1,000 art collectors, dealers and onlookers packed into a room at Rockefeller Center in New York as the venerable Christie’s auction house sold the painting for a record $450 million, making it the world’s most expensive painting.

The vast public interest — 120,000 art fans watched the auction via a Facebok live stream — and extravagant winning bid reflected the extreme rarity of authenticated works by Leonardo da Vinci. Despite the Italian master’s enormous fame and influence, there are fewer than 20 paintings in existence judged to be from his own hand — and all of them part of museum collections. Christie’s called the painting “the greatest artistic rediscovery of the last 100 years”.

Questions over the Salvator Mundi’s authenticity began to percolate when the Louvre Abu Dhabi museum unexpectedly canceled the painting’s planned unveiling in September 2018. The painting has not been seen in public since.

The whereabouts of the work remained a mystery until, in 2019, the art industry news service Artnet reported that the 500-year-old painting was being kept on MbS’s 440-foot superyacht, Serene.

Then came an enlightening bombshell: A scientific analysis by three experts at the Louvre in Paris concluded that the painting was produced in Leonardo’s workshop but not by the Renaissance master himself. The Louvre historians had intended to publish their findings but were prevented from doing so when the painting’s owner declined to loan it for the blockbuster Leonardo exhibition in 2019.

A string of art historians also weighed in. In his book The Last Leonardo, art critic Ben Lewis also concluded that the painting more than likely came out of Leonardo’s studio and then touched up by the master.

The Guardian quoted Dr. Carmen Bambach, an art historian and curator of Italian and Spanish works at the Metropolitan Museum of Art, saying that Christie’s had wrongly included her among scholars who had attributed the painting to Leonardo da Vinci. In her view, the Salvator Mundi was primarily the work of an assistant, Giovanni Antonio Boltraffio, with only “small retouchings” by Leonardo himself. Matthew Landrus, an Oxford art historian, speculated publicly that the painting was largely produced by another of Leonardo’s assistants, Bernardino Luini.

Vitkine’s documentary traces the history of the painting, beginning with its purchase in poor condition for $1,175 by a New York art dealer in 2005. The painting was restored in the United States, authenticated as a genuine Leonardo by several art experts at the British National Gallery, then sold to a Russian oligarch for $127.5 million two years later.

The film also reveals what was going on behind the scenes at the Louvre after the Christie’s auction. The film reportedly features several senior officials from President Emmanuel Macron's government, appearing under pseudonyms, who allege that the crown prince’s offer to lend the painting to the Louvre for the 2019 exhibition had strings attached. The prince’s conditions were that the Louvre must exhibit the Salvator Mundi alongside the Mona Lisa and present it as “a 100%” Leonardo da Vinci.