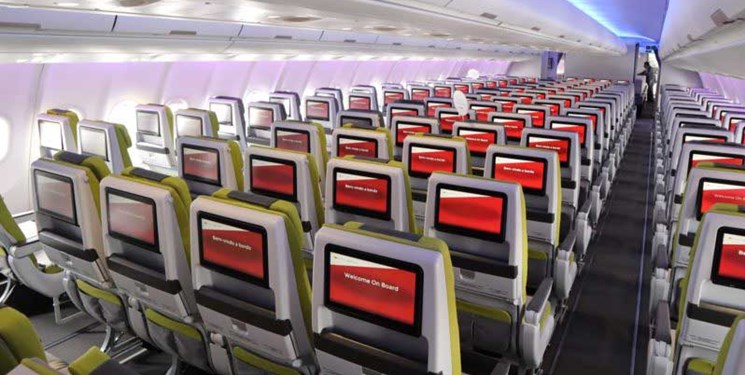 TEHRAN (FNA)- Head of the Technology Exchange Network of Iran Nanotechnology Innovation Center Reza Soltan Alizadeh said that the country’s technological companies have so far manufactured more than 200 products used in aviation industry, adding that their products have been commercialized and delivered to several airlines.

"Over 200 Iranian products have been produced, commercialized and delivered to different airlines," Soltan Alizadeh told FNA on Sunday.

"Airplane seat covers and carpets inside the cabin are among these products; aircraft seat covers are important because they have the highest role in inflaming fire, so companies have offered products that are slow-burning," he added.

Earlier reports also said that the Iranian airlines use special paints produced by the country’s nanotechnology firms as a coating for the outer surface of the aircraft used to carry people and cargo.

“Using Iran-made nano paints on the Iranian airplanes has increased in the past few years and our share of this market has jumped from 10% to 25%,” Nobakht Qaradaqi, the CEO of Goharfam production and industrial company, said in August.

They have also been able to produce special glasses with nano coating with application in airplanes.

"At present, we produce defroster and cooler glass for most of the existing planes in the country; these glasses are covered by a nanocoating with the thickness of 100 to 500 nanometers," Mohammad Hossein Sheikh Sarraf, a senior expert in designing plane glasses at an Iranian company, said.

"At present, we are working on production of glasses for Airbus planes," Sheikh Sarraf said.