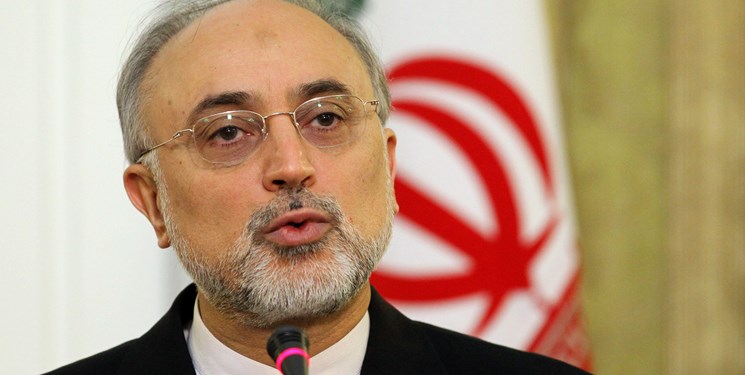 TEHRAN (FNA)- Head of the Atomic Energy Organization of Iran (AEOI) Ali Akbar Salehi announced on Monday that the incident at the nuclear facility in Natanz was an act of sabotage, and further stressed Tehran’s firm resolve to continue uranium enrichment powerfully.

“The yesterday (Sunday) incident at Shahid Ahmadi Roshan enrichment facility in Natanz was definitely a sabotage act, and our security bodies have found good clues in this regard,” Salehi said, addressing a ceremony to inaugurate the AEOI’s National Quantum Technology Center on Monday.

He explained that Shahid Ahmadi Roshan site’s emergency power system came back to operation today, and the main power system will be connected in the next few days.

He added that the incident on Sunday has nothing to do with the incident at the centrifuge assembly center in Natanz last year, noting, “These two incidents are separate."

Salehi said that the enemy wants to sow despair and hopelessness in the hearts of the Iranian people but in vain, and added, “In their reports, they have said that our nuclear activities in Natanz have been delayed for 9 months. But, I emphasize that a significant part of the damages inflicted by the enemy's sabotage act will be compensated (soon) and this convoy will not stop moving."

An official said on Monday that the Iranian intelligence ministry has identified the person who had caused power outage at the enrichment complex in Iran’s Natanz nuclear installations.

“The identity of the person who caused the power outage at one of the halls of Shahid Ahmadi Roshan enrichment complex in Natanz by disrupting the electrical system has been identified,” an informed source at the intelligence ministry told Nour News website, close to Iran's Supreme National Security Council (SNSC).

“Necessary measures are underway to capture the main person who caused disruption in the power system of Natanz complex,” the official said.

The official referred to the report provided by the technical team investigating the accident, and said, “The technical team has determined how the power supply system has been disrupted, and since yesterday, a series of necessary measures have been adopted to recommission the damaged hall.”

AEOI Spokesman Behrouz Kamalvandi told FNA on Sunday that an incident took place in a part of the electricity distribution network of Shahid Ahmadi Roshan facility in Natanz, adding, “Fortunately, the incident did not cause any human injuries or pollution.”

Salehi said on Sunday that his country reserves the right to act against perpetrators of the recent Natanz incident.