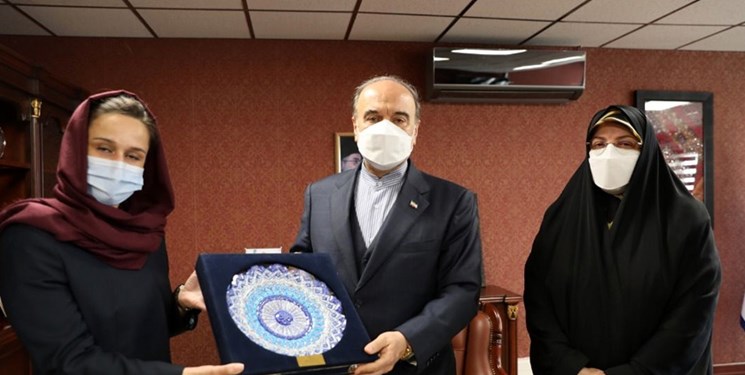 TEHRAN (FNA)- Iranian Sports Minister Massoud Soltanifar and Bulgarian Ambassador in Tehran Nikolina Kuneva underlined the need to broaden bilateral relations between the two countries in the fields of sports.

During the meeting in the Iranian capital, Soltanifar and Kuneva explored avenues for bolstering and reinvigorating mutual cooperation in the sports field.

During the meeting, Soltanifar expressed the hope that the expansion of sports interactions between Iran and Bulgaria could lead to the presence of more athletes in both countries.

"Iran and Bulgaria have very good relations with a history of 122 years, which in recent years, has been expanded," the Iranian sports minister added.

In a relevant development in late February, the second round of Iran-Bulgaria political consultations was held in the presence of Iranian and Bulgarian deputy foreign ministers through video conference.

The Bulgarian deputy foreign minister, for his part, expressed satisfaction with the growing trend of trade relations between the two countries and stressed his country's interest in developing comprehensive relations with Iran in various political, economic, cultural, and international areas.