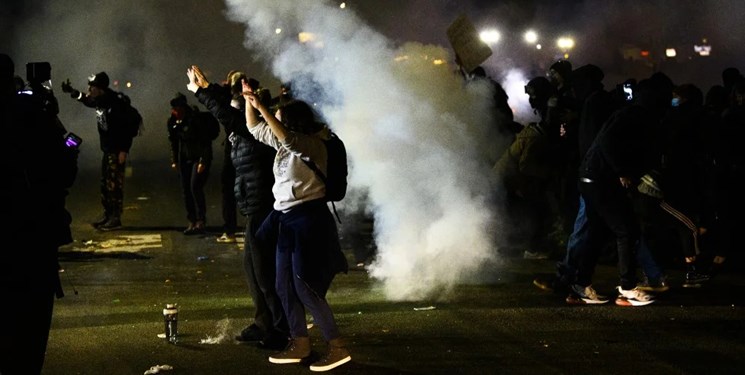 TEHRAN (FNA)- The death of Daunte Wright, the 20-year-old Black man who was shot on Sunday by a police officer at a traffic stop in Brooklyn Center, Minn., died of a homicide.

The Hennepin County Medical Examiner confirmed on Monday that Wright “died of a gunshot wound of the chest and manner of death is homicide”, The Hill reported.

Earlier on Monday, police released body camera footage of the shooting that shows Wright trying to get back into his car while he is being placed in handcuffs. He was originally pulled over for expiring license tags, but after obtaining his ID, officers said there was an outstanding warrant for his arrest.

Brooklyn Center Police Chief Tim Gannon stated it appears that the officer who shot Wright as he tried to sit back in his car meant to deploy a taser, but accidentally pulled her gun.

The city manager of Brooklyn Center was also fired on Monday, with Mayor Mike Elliott announcing that Curt Boganey was relieved of his duties immediately.

His firing came just after Elliott announced that the city council passed a motion to give his office command of the police department following unrest over Wright’s death.

The shooting comes as the trial for former Minneapolis police officer Derek Chauvin is underway. Chauvin is facing changes of second unintentional murder and third-degree murder in the death of another Black man, George Floyd. His death, among others of Black Americans at the hands of police, sparked mass protests in support of racial justice across the US over the summer.