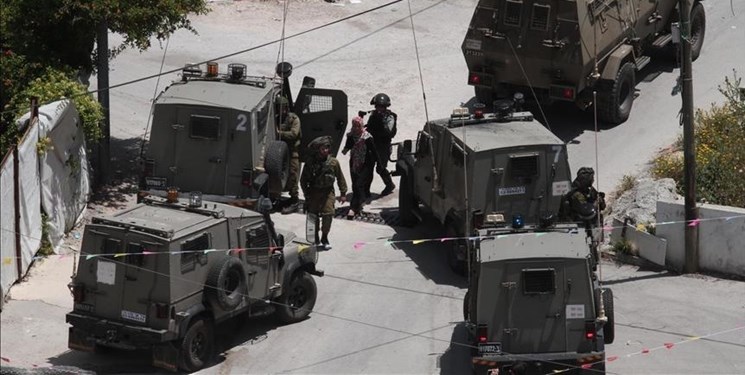 Among those detained were prominent members of the Hamas movement and former prisoner Mona Qa’dan.

Speaking to Anadolu Agency, Mahmoud Qa’dan, Mona’s brother, said Israeli forces raided his sister’s house at dawn in the town of Arraba and took her into custody.

“Mona was previously arrested five times, and was last released in 2016 after 40 months of detention in the occupation prisons,” Mahmoud said.

A local source in Hebron, who spoke to Anadolu on condition of anonymity, said the Hamas member Mustafa Shawer, Palestinian Legislative Council member Omar al-Qawasmi, and Anas Rasras were among those arrested in the raids.

A young woman, Shams Mashaqi, was also arrested from her village of Yaseed near Nablus.

Most of the arrests took place in the cities of Hebron, Bethlehem, Jenin, Ramallah, Al-Bireh and occupied East Jerusalem, the PPS said in a statement.

Hamas has described the arrests of some of its leaders and members in recent weeks as “an attempt to disrupt and stop the course of the elections”.

Palestinians will vote in a legislative election on May 22. At least three members of the Hamas slate of candidates for the election have been arrested in recent weeks.

According to Fuad al-Khuffash, a Palestinian human rights researcher and expert on prisoners’ affairs, the arrest of Hamas members and supporters in the run-up to the vote was an attempt to harm the faction’s electoral chances.

“Prior to the 2006 elections, Israel arrested more than 560 leaders and members of Hamas,” he said.

Al-Khuffash said the Israeli tactic of arresting such people is aimed at “emptying the arena of influential people” who can determine the direction of the elections and limiting Hamas’s choice of who can run.

A member of the Hamas political bureau, Mousa Dudin, said in a statement the Israeli arrests reflect its “criminal and terrorist identity in besieging our people and its democratic options”.

“Since the start of the elections, the Israeli occupation threats against the Hamas movement’s leaders and sons have not stopped,” he said.

Dudin called on the international community to “stand up in the face of the Zionist arrogance that expresses a fascism that has no parallel in the world, by robbing the will of the people”.

“We pay tribute to the members of the movement, who have vowed to continue on the path of national cohesion,” he added.

An estimated 4,450 Palestinians are believed to be held in Israeli prisons, including 37 women, about 140 minors and 440 administrative detainees.

Meanwhile, former Hamas Chief Khaled Meshaal has been elected as the head of the group’s office in the diaspora, a spokesman said on Monday.

Meshaal, 64, who survived an Israeli assassination attempt in 1997, was head of the political bureau until 2017 when he was replaced by Ismail Haniyeh, 59, who is based in the Gaza Strip.