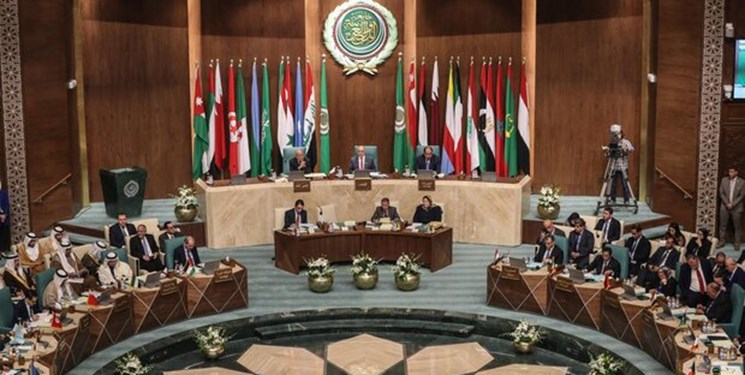 "These irresponsible statements are a continuation of their anti-Iranian statements," Khatibzadeh said.

He reiterated that the Arab League and PGCC intend to disrupt the process of technical talks in Vienna.

"The heads of these institutions should know that Iran is a member of the International Atomic Energy Agency and all nuclear activities of the Islamic Republic are under the supervision of the organization's safeguards regime and obviously the development of this program is in accordance with the legitimate rights of the Islamic Republic of Iran and will continue to meet peaceful needs," he added.

He called on the grouplets to focus their concerns on the parties that are violating the agreement and Resolution 2231, by avoiding ignorance of the existing facts.

Khatibzadeh recommended the secretaries-general of the PGCC and the Arab to focus on the Zionist regime's illegal military activities and the dangers of hundreds of its nuclear warheads and consider its non-membership in the treaty on the Non-Proliferation of Nuclear Weapons (NPT) as the greatest threat to peace, stability, and security in the region.

In relevant remarks in October 2020, Iranian Envoy to the United Nations Majid Takht Ravanchi vehemently castigated the unfounded allegations on the three Persian Gulf Islands of Abu Musa, Greater Tunb and Lesser Tunb, and emphasized his country’s inalienable and perpetual ownership of these islands.

Takht Ravanchi said, addressing a virtual meeting of the UN Security Council on Tuesday October 20, 2020, that Abu Musa, Greater and Lesser Tunbs are Iranian and will remain Iranian Islands forever.

He added that Iran has played an unrivaled role maintaining of security of energy transportation in the Persian Gulf region and will continue to promote peace and stability in this region.

The Iranian diplomat also went on to say that, during the 8-year imposed war, his country had been fallen victim to the weapons of mass destruction that had been given to Saddam Hussein mainly by the West.

Takht Ravanchi reiterated that some of the Persian Gulf Cooperation Council members were complicit with Saddam in his crimes and bombardment of Iranian cities.

He warned that purchasing and stockpiling of lethal weapons have just turned the region into a powder keg rather than bringing security and to the region, and censured the criminal use of these weapons by some of the PGCC members against the innocent people like in Yemen.

“There is a long list of internationally wrongful acts attributable to those who make unsubstantiated accusations against Iran,” Takht Ravanchi said in part of his statement.

“Since the issue related to Iranian islands has been mentioned here, I have to say that Abu Musa, Greater and Lesser Tunb islands have always been part of Iran. These islands are Iranian and will remain so forever,” he reiterated.

Secretary General of the Persian Gulf Cooperation Council Nayef Falah Al-Hajraf on October 20, 2020 had raised threadbare allegations against Iran, claiming that the three Islands of Abu Musa, Greater Tunb and Lesser Tunb have been “occupied” by Iran and Iran has to stand accountable at an “international criminal court” for the move.