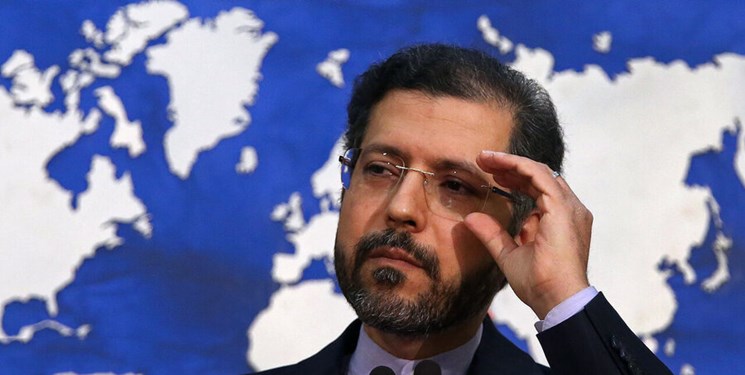 TEHRAN (FNA)- Iranian Foreign Ministry Spokesman Saeed Khatibzadeh in a statement voiced his country's deep concern over the incidents that happened in Iraq in the past few days.

"The Islamic Republic of Iran has always supported the security, stability and territorial integrity of Iraq, and strongly rejects any move that threatens these inviolable principles," Khatibzadeh said in the statement.

"Iraq is moving towards domestic development and playing an active and constructive role in the region, but certain individuals seek to prevent the realization of such goals in Iraq by carrying out acts of terrorism, fuelling insecurity, and creating crisis," the Iranian foreign ministry spokesman added.

Khatibzadeh said that the Islamic Republic is of the opinion that given its capacities Baghdad can overcome all these difficulties.

In a relevant development on Thursday, police and medical sources reported that at least four people had been killed and 17 others wounded in a car bomb attack in the Sadr City neighborhood of the Iraqi capital Baghdad.

The car was parked at a busy second-hand equipment market in the mainly Shia district.

The cause of the blast was not immediately known.

The development comes hours after drone strikes targeted US-led coalition troops near Erbil airport and a Turkish military base in Northern Iraq.