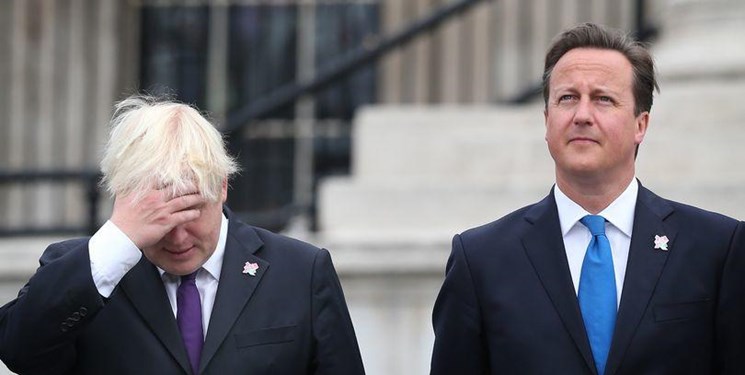 TEHRAN (FNA)- Government ministers’s financial ties to private companies should be scrutinised more closely, the head of the Committee on Standards in Public Life has said in the wake of the Greensill Capital lobbying scandal.

Lord Evans, who chairs the watchdog monitoring standards for holders of public office, said that “a number of allegations” in the past year “haven’t been completely investigated”, adding that this could prove “very corrosive” if such cases are left unresolved.

He also highlighted the fact that the post of independent adviser to the prime minister on ministerial interests has been left vacant since November, and that – even when the role is fulfilled – such advisers don’t have the power to launch investigations.

"At the moment they have to wait to be asked and that means the perception might be this is not as independent a role as it might be," Lord Evans said during BBC Radio 4’s Westminster Hour.

"I think there's an opportunity there to modernise this role and to ensure that they are able to allay public concerns as they arise," Lord Evans added.

The post of independent adviser on ministerial interests has remained empty for months after the resignation of Alex Allan.

Alex stepped down from his post after Prime Minister Boris Johnson stood by Home Secretary Priti Patel in the wake of a report he authored which found her conduct towards members of the Civil Service as “behaviour that can be described as bullying”.

Other government officials have also demanded greater oversight of ministerial interests in the wake of revelations that former Prime Minister David Cameron lobbied ministers including Chancellor Rishi Sunak and Health Secretary Matt Hancock on behalf of his employer, Greensill Capital, via texts, emails and the organisation of “private drinks”.

Former Cabinet Secretary Lord Wilson suggested that ministers should be banned from lobbying on behalf of companies who are paying them, and joined calls for the prime minister’s independent adviser to be “given the power to initiate investigations”.

In a letter to The Times, he wrote that lobbying is “an inevitable part of public life” but added that there must be “no hint of hint of corruption, no suggestion of cosy deals without due process, no suspicion of 'old boy' networks”.

“Although it is difficult to legislate for morality, the Greensill and other affairs now emerging certainly suggest a need to toughen our safeguards. Greater openness is important,” he wrote, adding that he would "ban any former minister or senior official from lobbying government on behalf of any business that was paying them in whatever capacity".

At least three parliamentary committees are set to launch inquiries into the lobbying scandal, which Labour described as evidence of “cronyism” within government, including the National Audit Office (NAO) who will examine Greensill Capital’s involvement in coronavirus support schemes before its collapse last month.

Johnson has also announced an internal government probe, with corporate lawyer Nigel Boardman expected to report back to him with his findings by June.