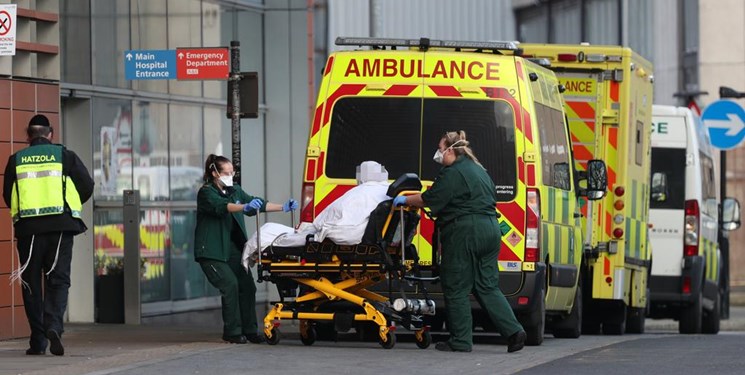 TEHRAN (FNA)- Londoners may be subjected to local lockdown restrictions if new variants of COVID-19 continue to spread despite mass surge testing in parts of the capital, scientists warned.

The London boroughs of Lambeth, Wandsworth, Southwark and Barnet have set up additional testing facilities to process thousands of people who live and work in the area after a number of cases of the South African variant were detected, The Independent reported.

Professor John Edmunds, epidemiologist at the London School of Hygiene and Tropical Medicine, said it was unclear whether mass surge testing will stop the cluster of cases in the capital from growing.

A total of 600 cases of the variant of concern have been detected so far in the UK, up by 56 in a week.

He told ITV’s Peston programme, “What we are looking at in South London is an example of what we’ll see now in the coming months, as we try our best to keep that variant out or at as low a level as we possibly can."

“If these mass testing events don’t work that well, and we don’t know yet, we’ll have to evaluate this one very carefully, then it’s possible that we’ll have to impose some sort of local restrictions back in place and nobody wants to do it,” he said.

Prof Edmunds, who is a member of the government’s Scientific Advisory Group for Emergencies (Sage), added, “So that’s why it’s really important that we test this testing system as robustly as we can, and hopefully that is going to be sufficient to be able to keep cases low.”

Speaking to The Independent, professor Gabriel Scally, the president of epidemiology at the Royal Society of Medicine and member of the Independent Sage group, said, “Am I concerned about? Yes, we should be concerned about it. We don’t know quite how bad the South African variant is."

“We don’t really know how vicious a variant it is, it is very wise to be cautious, very wise to try and stop it,” Scally said.

He said part of the problem was the “existing deficiency” in the Test and Trace system, with poor adherence to self-isolation, adding, “Otherwise we would be better on top of this.”

“How would you stop it in London? I would do a mixture of measures: first of all put a huge amount of resource into testing and tracing around those cases and doing backwards tracing to try and find the source where they got the virus from,” he said.

“This is what our life is likely to be like for the next months as vaccination becomes more universal, we will be having outbreaks and upsurges at a local level so we need to get it right,” he added.

He added, “There needs to be support for people to isolate — to ramp up that support quite significantly because we know it isn’t adequate at the moment for some people who don’t isolate because they have to go and get money for their families”.

Pressed on the prospect of localised restrictions, professor Scally said, “It’s difficult in the London context because of the mobility of people — it just is huge. There is always the risk that all you are doing is driving people with the virus out of their local area to get whatever service it is they want to get.”

Professor Christina Pagel, director of the Clinical Operational Research Unit at University College London, stressed the importance of containing the cluster and said more action might be needed on top of surge testing.

She told The Guardian that the South African variant appears to be “concentrated” in London, adding that “if the government are as worried about this variant as they say they are, it would make sense to keep restrictions in London going longer”.

Prof Pagel, who is also a member of the Independent Sage group of experts, said the implementation of such measures would depend on how much information is gathered on the clusters and how efficiently contact tracing is carried out.

“If they can link all cases to other cases, then it is more likely they can get on top of the surge without needing wider restrictions,” she said.

However, some scientists have a more hopeful outlook on the situation with variants in the capital.

Steven Riley, professor of infectious disease dynamics at Imperial College London, told the MRS Centre for Global Infectious Disease Analysis that while the London cluster was a “concern”, earlier clusters of the South African variant that were found before had not “led to a rapid takeoff”.

“So even though it’s a different situation now with lockdown being eased, I think that’s a little bit reassuring,” he added.

He highlighted that the variant had been detected in Israel, which has very high vaccination rates, and it had not yet "risen to dominance or grown”.

“Although we have to watch it and be concerned, it’s not immediately apparent that it will be a large problem,” he said.