UK MPs to Launch Another Inquiry into Greensill Lobbying Scandal 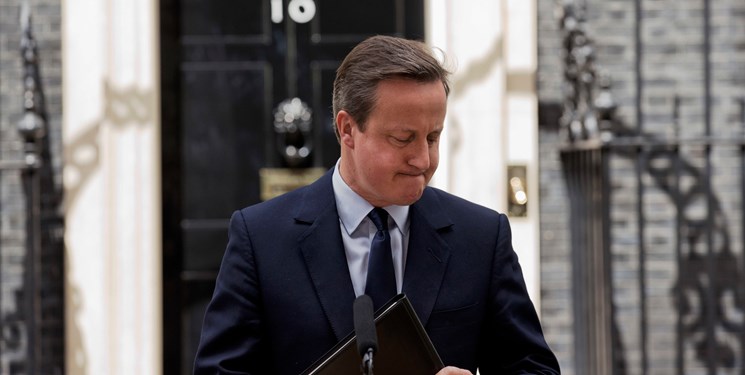 Earlier, Lord Eric Pickles, the chairman of the body responsible for vetting private sector appointments of senior civil servants and former ministers, demanded urgent reform of “anomalies” in the system, The Independent reported.

In the past 24 hours, three parliamentary committees , including the Treasury, Public Administration and Constitutional Affairs, and the Public Accounts, have all revealed their decisions to hold inquires into lobbying, Greensill Capital and the ramifications for the civil service.

They are separate from a government probe launched into the scandal earlier this week by the prime minister, who Friday said he agreed “thoroughly” with Lord Pickles’ assessment. The investigation is being led by corporate lawyer Nigel Boardman and is expected to report back before the end of June.

Former Conservative Prime Minister David Cameron, who is facing intense scrutiny over his role in lobbying for Greensill, has indicated he will give evidence to the inquires, with his spokesperson saying he would “respond positively” to requests from committees.

Cameron, who joined Greensill in a paid role as special adviser in 2018, two years after leaving No 10, was found to have sent to text messages and emails to ministers, including the Chancellor, Rishi Sunak, in an effort to exert influence within government.

During the evidence session on Thursday, Lord Pickles said the case of Bill Crothers “highlights a number of anomalies” when it came to his watchdog, after it emerged the former head of government procurement began working for Greensill as a part-time adviser on the board in September 2015 — in a move approved by the Cabinet Office — and did not leave his role in government until November that year.

Lord Pickles, a former Conservative cabinet minister, said the public should be given a “full and frank and transparent explanation”. He said he had discovered Crothers had not had to seek Acoba’s advice when moving to take up a position with the now collapsed financial company.

“It appears he was not isolated in that position,” he told MPs, adding, “I think it also highlights a number of anomalies within the system that require I think immediate address”.

Lord Pickles stressed that contractors and consultants to the government should have to sign a memorandum of understanding about the restrictions that would be placed on them after completing their public sector work.

Explaining some of the “anomalies in the system” regarding Lex Greensill’s work in Downing Street, he went on, “Contractors, consultants, people who arrive and offer assistance, maybe during the pandemic or maybe as Mr Greensill did, they are not covered at all. I think that needs addressing and I think it needs addressing urgently.”

He said there were steps that “could be taken now” to have in place “well before the summer” and claimed it was not clear who in the Cabinet Office had approved the arrangements surrounding Crothers’ employment and subsequent move back into the private sector, though he said it was possible that it was the department’s senior civil servant.

Lord Pickles said that when he heard the details of Crothers’ moves, “to misquote PG Woodhouse, my eyebrows did raise the full quarter inch… I’ve been involved in public life for a long time and I have never really come across anything like this before.”

He said he would be “extraordinarily worried” if no formal record had been kept of the decision-making process around it, as “it would have much wider implications than what is happening now”.

“I think part of the problem we’ve got is just not being clear where the boundaries lay. In fact … there doesn’t seem to be any boundary,” said Lord Pickles.

On Crothers being given permission to move straight into commercial work after leaving public service, he said, “Acoba wasn’t consulted. The Cabinet Office suggested that a kind of internal ethics approach had given them permission. And as the job was essentially the same, Acoba’s consent wasn’t required."

“That’s an interesting argument, and I still have an open mind on it. But at this point, I can’t say I’m convinced by it,” he said.

Lord Pickles said that a series of governments dating back to the Thatcher administration had tried to attract people with business experience into the civil service.

As a result, he said, “I kind of understand how we got into that circumstance, but I don’t think it excuses the final result.”

Speaking to reporters, Johnson later said he agreed “thoroughly” with Lord Pickles, adding, “I think the most important thing is for us to get to the bottom of it properly and I want all ministers and civil servants to be making the information that needs to be known known to Mr Boardman and let’s see what he has to say. You’re absolutely right, we need to understand what’s gone on here.”