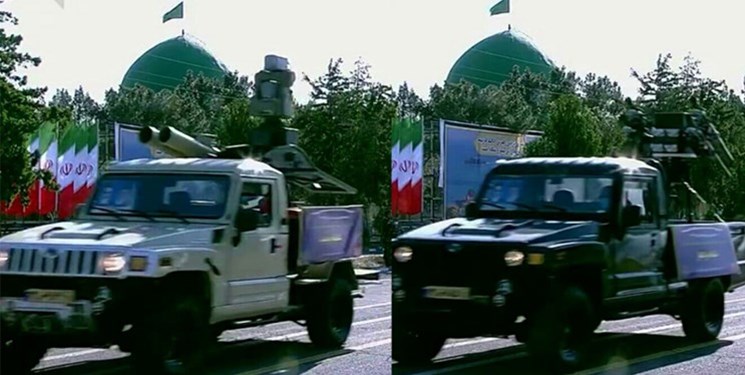 The new defense systems unveiled on the occasion of the Army Day in Iran, have been installed on the home-made tactical vehicle Aras.

The Army Day parades were held in the form of motorcade in Tehran in the presence of Iranian Army Commander Major General Abdolrahim Mousavi.

The slogan of this year’s parade is ”Defenders of the Homeland, Companion of the Healthcare” and according to the National Task Force for Fighting Coronavirus, the parade is in the form of a motorcade and army barracks across the country.

The messages by Supreme Leader of the Islamic Revolution Ayatollah Seyed Ali Khamenei and Iranian President Hassan Rouhani were read during the parade.