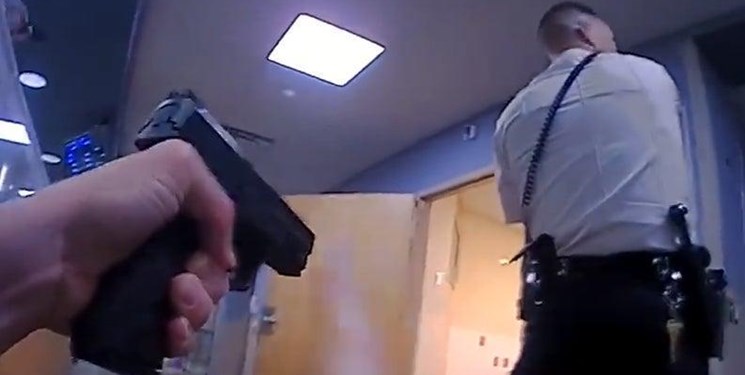 TEHRAN (FNA)- Ohio police revealed bodycam footage from a fatal shooting in a hospital outside Columbus which left a 27-year-old Black man dead.

Andrew Howe and Ryan Kirchbaum, both with 15 years of experience on the force, used their weapons along with other officers at the scene, The Columbus Dispatch reported.

Westerville Police Chief Charles Chandler said on Monday that at least one of the four hospital security officers involved also fired their weapon. The hospital has declined to identify any of the officers because of privacy concerns and the ongoing investigation by the Ohio Bureau of Criminal Investigation.

Westerville police said that Jackson had outstanding warrants from Columbus police for domestic violence and having a firearm despite being a convicted felon.

Jackson had reportedly been taken to the hospital earlier that day, walked off, and was later found passed out in the parking lot of a nearby bank.

Medics took Jackson back to the hospital where Westerville police officers stayed until Columbus officers arrived. At least one officer from the Westerville department was still in the emergency room when the shooting took place around 2:20pm. It's unclear exactly how many officers used their weapons.

The footage released by Columbus police show officers using a stun gun before the shooting that killed Jackson. Officers reportedly shot him after finding a gun in his waistband during a patdown.

Jackson began to grapple with officers Howe and Krichbaum after one of them found bullets and felt a gun in the area around his groin.

One officer shouts “Get his arm behind his back right now!” as Jackson bellows, “You’re grabbing my balls, man!”

During the struggle, the officer tells Jackson to give him his arm and "let go".

The other officer fires his stun gun and Jackson yells in pain and falls to the ground before a shot is fired, the video shows. One officer leaves the room while another aims his weapon at Jackson and tells him to drop his firearm.

Jackson tells the officer that he has “dropped it” and that he's fearful of moving because he thinks he may get shot.

An officer discharges his stun gun for a second time before another shot can be heard. The officers then start shooting and call for medical help.

Medics tried to save Jackson but he was pronounced dead, authorities said.

The Ohio Attorney General, Republican Dave Yost, said that preliminary ballistic testing determined that Jackson "had a gun and shots were fired", according to NBC News.

Chief Chandler said that an "investigation will look into how and to what extent the officers followed proper policy and procedure from the time of the first contact to the transfer of custody".

He added that he has "concerns that warrant further review" after watching body camera footage from the incident.