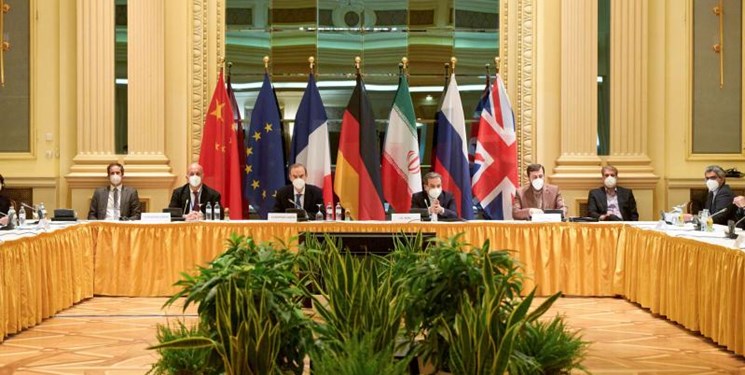 TEHRAN (FNA)- Iran’s Deputy Foreign Minister Abbas Araqchi rejected the possibility of any “temporary agreement” during the nuclear talks in Vienna with the remaining parties to the Joint Comprehensive Plan of Action, stressing that Tehran is in talks only for the full removal of all sanctions.

Araqchi said that the ongoing negotiations between Iran and the Group 4+1 (China, Russia, Britain and France plus Germany) included no notions such as a “temporary agreement” or similar issues and added that the only goal of the ongoing talks in Vienna for Iran is to force the US to lift all sanctions.

The top negotiator noted that the Supreme Leader of the Islamic Revolution Ayatollah Seyed Ali Khamenei has warned against Iran’s entanglement in lengthy talks.

“Nor would the Islamic Republic try to rush its desired result,” Araqchi added, and stressed that Iran strives to safeguard its interests and definitive positions.

In relevant remarks on Monday, Iranian Foreign Ministry Spokesman Saeed Khatibzadeh said that the country’s negotiators do not hold direct or indirect talks with the US representatives in Vienna.