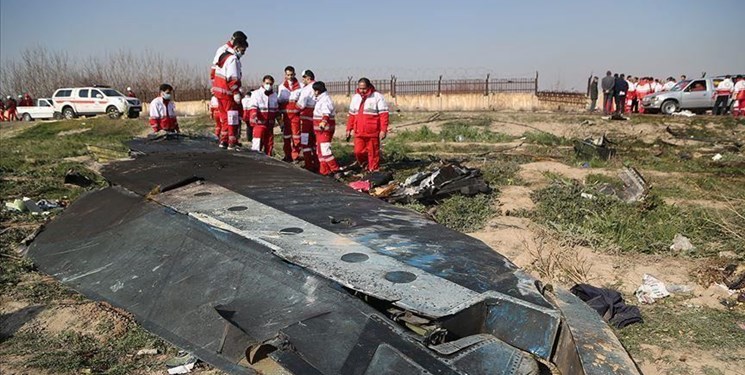 Khosravi said the Ukrainian officials’ allegations on shooting down of a passenger plane over Iran’s sky are unconstructive, as they are trying to politicize the case.

He described efforts made to take political advantage “of the sentiments of scores of bereaved families” as “regrettable and inhuman,” adding that various independent expert groups have probed into all the existing hypotheses on the event.

“Unfortunately, Ukrainian officials are trying to ascribe false allegations to Iranian officials in order to politicize this case,” the spokesman noted.

“Sending the plane’s black boxes to France to decode their contents is the most important reason that proves Iran’s transparency and honesty in its effort to bring to light all details about this incident,” Khosravi said.

“We have accepted all demands put forth by Ukrainian government, which at times went beyond what was necessary under usual circumstances, so that, there would remain no dark corner in the efforts made to shed light on the truth in this incident,” he added.

The Ukrainian plane was shot down with 176 people aboard on January 8, 2020, by Iran’s air defenses, which mistook the aircraft for a military target amid military tensions between Tehran and Washington following the US assassination of Iran’s Lieutenant General Qassem Soleimani in Iraq days earlier.

In relevant remarks on Sunday, an informed source close to Iran’s Supreme National Security Council (SNSC) disclosed that Ukraine has started politicizing the January 2020 downing of a passenger plane which happened as a result of a human error after it failed to convince Tehran to blame the Russian air defense systems for the incident.

"After the Ukrainian plane crash in Iran, the Ukrainian officials asked Iran to declare technical problem in the Russian Tor M-1 air defense system as the cause of the incident," the source told Nour News website, close to the SNSC.

“And after Iran turned down the request due to its incompatibility with the reality, Ukraine has taken the path of politicizing the case and taking it out of the technical procedure,” the source added.

The source explained that due to Ukraine’s disputes with Russia over the ownership of the Crimean Island, Kiev wanted to both show the Russian Tor M-1 as a faulty defense system to increase political pressures on Moscow.