Russia Accuses US, NATO of 'Provocative Activities' in Black Sea 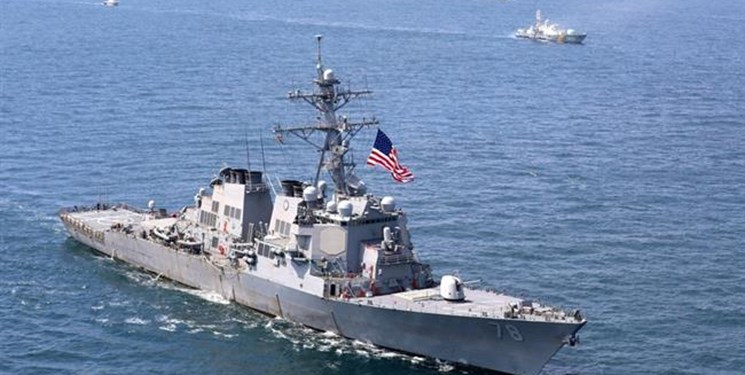 TEHRAN (FNA)- Russia accused the United States and NATO of “provocative activities” in the waters and the airspace of the strategic Black Sea.

The accusations were made amid escalating tensions between Moscow and the West over Ukraine in recent weeks.

The US and its Western allies have expressed concerns regarding Russia’s military build-up along Ukraine’s borders as well as in the Crimean Peninsula, with the Kremlin saying its troop deployments are in response to "threatening" military action by NATO.

Kiev and Moscow have traded blame in the past weeks for a spike in violence in the Donbass, where Ukrainian troops and pro-Russian forces have been fighting since 2014. Relations between Moscow and Kiev further deteriorated when the Black Sea peninsula of Crimea rejoined Russia following a referendum in 2014. More than 90 percent of the participants in the referendum voted in favor of that unification.

Ukrainian President Vladimir Zelensky on Tuesday invited his Russian counterpart Vladimir Putin to meet "at any location" in the conflict-hit Eastern Ukrainian region of Donbass, according to TASS.

In a video address, released on Tuesday, Zelensky stated that advisers to Normandy Quartet leaders (Germany, Russia, Ukraine and France), as well as security subgroup of the Contact Group on Ukrainian reconciliation discussed restoring full ceasefire in Donbass on Monday and Tuesday.

"A proposal was made to meet at the line of contact to see and understand the situation in the best possible way. What am I supposed to understand? I’m visiting it every month. Mr. Putin, I’m ready to go even further and invite you to meet at any location of Ukraine’s conflict-hit Donbass," he added.

Addressing Russia, the Ukrainian leader noted Moscow and Kiev have different views about their future, but this should be treated as an opportunity rather than as a problem.

"Despite a common past, Ukrainian Russia have different views about the future," he said, adding, "But this is not necessarily a problem, this is an opportunity."

Zelensky declared his readiness to meet with Putin back in December 2020, to discuss, among other things, an exchange of detained persons.