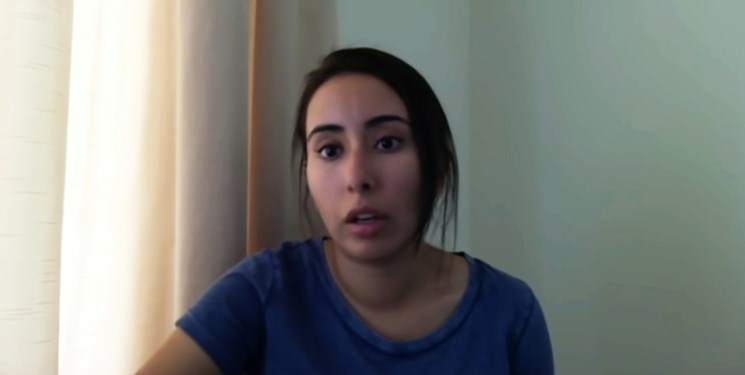 TEHRAN (FNA)- UN experts demanded that the United Arab Emirates provide information about a daughter of Dubai’s ruler and release her, two months after the BBC published a video of Princess Latifa describing herself as a hostage in a villa.

The UAE announced in mid-February that Sheikha Latifa was being cared for at home, after the United Nations human rights office headed by Michelle Bachelet asked for proof that she was alive amid growing international concern about her fate, The Guardian reported.

“We are alarmed that, following the public release in February of footage in which Sheikha Latifa reported being deprived of her liberty against her will, and the subsequent official request for further information on her situation, no concrete information has been provided by the authorities,” the independent UN human rights experts said in a joint statement.

“The statement issued by the Emirates authorities merely indicating that she was being ‘cared for at home’ is not sufficient at this stage,” added the experts, who include the UN investigators on torture and on violence against women.

The joint statement stated the experts called “for independent verification of the conditions under which she is being held, and for her immediate release”.

UAE authorities did not immediately respond to a request for comment.

A spokesperson for Bachelet’s office noted earlier this month it had not received a requested “proof of life” for Latifa from the UAE.

Senior UN officials sought a meeting with the UAE Ambassador in Geneva about the princess, which in principle has been agreed, the spokesperson said at the time.

The fate of Latifa, 35, and her tempestuous relationship with her father, Sheikh Mohammed bin Rashid Al-Maktoum, who is also a Vice-President of the UAE, has cast a new spotlight on his family affairs.

Latifadrew international attention in 2018 when a human rights group released a video made by her in which she described an attempt to escape Dubai. She was captured off the coast of India after an operation by special forces and taken back to Dubai.

Since then UN experts have raised concerns with the Emirati government about her “alleged enforced disappearance and incommunicado detention”, they stated in Tuesday’s statement, adding, “Her continued incommunicado detention can have harmful physical and psychological consequences and may amount to cruel, inhuman or degrading treatment."