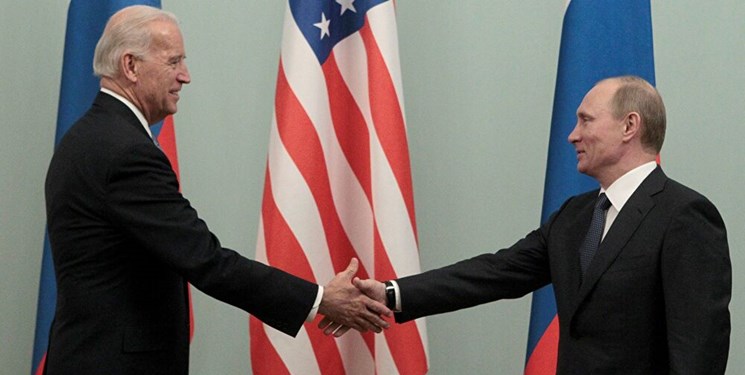 TEHRAN (FNA)- A senior Russian diplomat said the time and venue for a possible meeting between Russia’s President Vladimir Putin and his US counterpart, Joe Biden, remains unclear and largely hinges on Washington’s behavior.

Sergey Ryabkov, Russia’s deputy foreign minister, made the comments on Tuesday after the two presidents spoke on the phone and discussed a wide range of issues last week, with Biden suggesting a bilateral meeting in person in the coming months, presstv reported.

“This would be too early to say anything, we have not even approached this,” Ryabkov told reporters, adding, “The US side raised the issue, we are only beginning to analyze the situation ... Much depends on the United States' further behavior.”

Over the past six years, the US has imposed waves of sanctions against Russia, including over alleged meddling in its 2016 presidential election and the recent jailing of opposition figure Alexei Navalny.

Relations between the two Cold War foes hit a new low last month after Biden said in an interview that he believed Putin was a “killer” and that the Russian president would have to “pay a price” for interference in the 2020 US presidential election.

More recently, tensions have escalated between the two sides over the Russian-speaking Donbass region of Ukraine, where Ukrainian troops and pro-Russian forces have been fighting since 2014.

Kiev and its Western allies accuse Moscow of having a hand in the crisis. Moscow, however, denies the allegations.

The US has dispatched warships and fighter jets to Ukraine and near the Russian border to support Kiev in the face of what Washington and Kiev call Russian threats.

In a separate development on Tuesday, Russia’s Black Sea fleet announced in a statement that more than 20 Russian warships had taken part in military exercises in the strategic sea, the TASS news agency reported.

“The pilots conducted flights at extremely low altitudes in complex weather conditions. The exercise was held in compliance with a plan of the final check of the Black Sea Fleet’s forces for the winter training period under a common tactical design of the Southern Military District’s control inspection,” the statement added.

Earlier, over 50 aircraft of the Southern military district had redeployed to Crimea as part of the control combat readiness check.

Russia has temporarily restricted the movement of foreign warships and what the Kremlin terms ‘other state ships’ near the Crimean Peninsula that rejoined Russia following a referendum in 2014, in which more than 90 percent of the participants voted in favor of the unification.