Black Teenager Shot Dead by US Police in Ohio 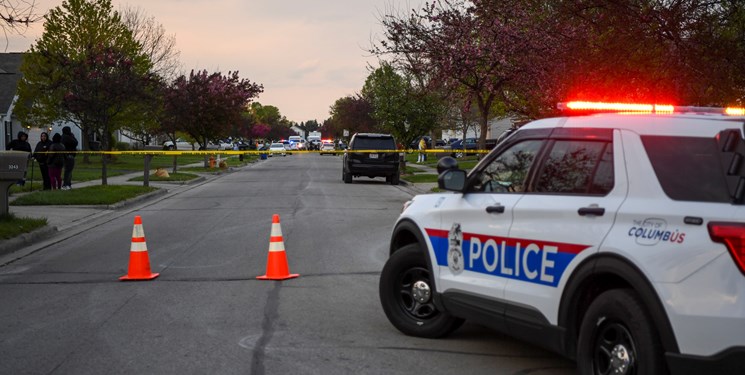 TEHRAN (FNA)- A Black teenage girl was shot and killed by US police in Ohio on the same day the verdict in the George Floyd murder trial was reached.

Family members identified Makiyah Bryant as the victim of the shooting in the city of Columbus, The Independent reported.

Paula Bryant told local 10TV that her daughter, whom she described as an honor roll student, was shot dead in the incident on Tuesday afternoon.

The shooting took place when officers were called to a disturbance on the Southeast side of the city after reports of an attempted stabbing.

Police responded after they received a 911 call where a person reported a woman was trying to stab them and then hung up, according to The Columbus Dispatch. The shooting occurred at 4:45 pm, around 20 minutes before Derek Chauvin was found guilty of Floyd’s murder.

Hazel Bryant told the newspaper that she was the aunt of the teenage victim, and that the youngster had got into a fight with another person at the home.

Authorities have confirmed that the victim was shot by an officer and transported to Mount Carmel East hospital in critical condition but died from their injuries.

Police showed bodycam footage at a news conference on Tuesday night of the officer shooting the girl as she appeared to attempt to stab two people with a knife.

Columbus Mayor Andrew Ginther stated, “We know based on this footage the officer took action to protect another young girl in our community.”

Earlir on Twitter he urged the community “to remain calm”.

“This afternoon a young woman tragically lost her life. We do not know all of the details,” he tweeted.

“There is body-worn camera footage of the incident. We are working to review it as soon as possible. BCI is on the scene conducting an independent investigation as they do with all CPD-involved shootings," he said, adding, “We will share information that we can as soon as it becomes available. I’m asking for residents to remain calm and allow BCI to gather the facts.”

Member of Mother’s of Murdered Columbus Children and other protestors gathered in the area of the shooting, with one person reportedly carrying a sign that read “enough is enough”.

Protestors with Black Lives Matters signs later joined the crowd on onlookers at the scene.

“We don’t get to celebrate nothing,” K C Taynor said through a megaphone of the verdict in the Floyd trial, according to The Dispatch, adding, “In the end, you know what, you can’t be Black.”

The shooting caught the attention of the Floyd family’s lawyer, Ben Crump.

“As we breathed a collective sigh of relief today, a community in Columbus felt the sting of another police shooting Columbus Police killed an unarmed Black girl,” Crump posted on Twitter.

“Another child lost! Another hashtag,” he continued.