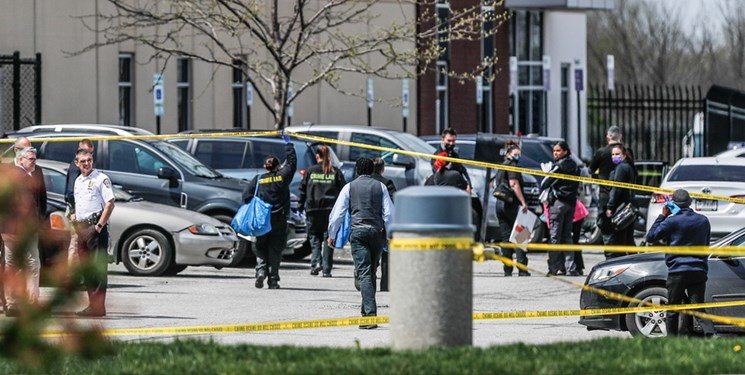 TEHRAN (FNA)- The gunman who killed eight workers at an Indianapolis FedEx facility appeared to browse white supremacist websites about a year before the attack, police said.

The attacker, Brandon Hole, also killed himself in last Thursday's attack, and four of his victims were members of the Sikh religious community, NBC News reported.

In March 2020, Hole's family asked police to intervene when he purchased a gun and threatened to commit suicide.

"I am going to point this unloaded gun at the police and they will shoot me," he told his mother, according to Indianapolis Metropolitan Police Department's incident report.

When the police arrived at their home, one of the officers stated he had noticed that Hole had white supremacist websites opened on his computer.

The police report added an officer "clearing the upstairs and securing the shotgun observed what through his training and experience indicated was white supremacist websites".

Police then seized Hole's gun, and he was sent to a local hospital for mental health assessment.

Police had announced previously that Hole legally bought two semiautomatic rifles used during last week's shooting, months after he had been in psychiatric detention.

Authorities are continuing to investigate the incident and Hole's motivation.

A trace by the US Bureau of Alcohol, Tobacco, Firearms and Explosives turned up the two legal purchases last July and September by Hole, 19, a former employee at the FedEx facility.

Prosecutors had not used Indiana's red-flag law, intended to prevent people from buying or possessing firearms if they are found to be an imminent risk to themselves or others, since Hole had surrendered the gun and there had been no overt violent act, stated Ryan Mears, prosecutor for Marion County, which includes Indianapolis.