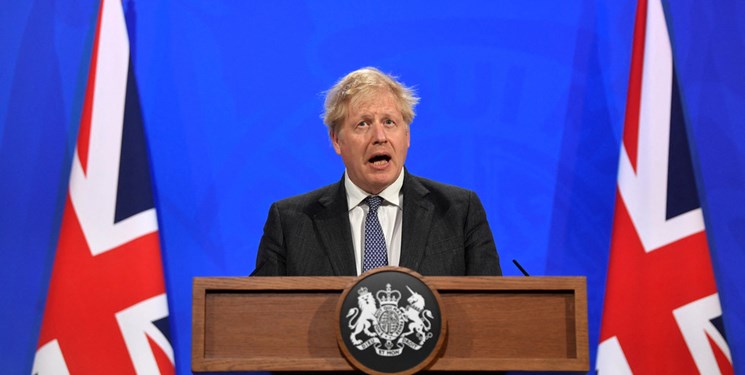 TEHRAN (FNA)- Prime Minister Boris Johnson launched a new drive to identify simple treatments for coronavirus, amid warnings that a third wave of cases could hit the UK.

The PM insisted the "path to freedom" remained open, with nothing in the figures to suggest a deviation from the road map out of lockdown, Mirror reported.

For the first time since September the latest figures showed fewer than 2,000 COVID-19 patients in hospital.

But as he launched a new taskforce to identify antiviral treatments, Johnson acknowledged soaring cases overseas and warnings from scientists that there will be another wave this year.

At a Downing Street press conference he noted, "As we look at what is happening in other countries, with cases now at record numbers around the world, we cannot delude ourselves that COVID has gone away."

"I see nothing in the data now that makes me think we are going to have to deviate in any way from the road map - cautious but irreversible - that we have set out," he continued, adding, "But the majority of scientific opinion in this country is still firmly of the view that there will be another wave of COVID at some stage this year."

"And so we must, as far as possible, learn to live with this disease as we live with other diseases," he said.

Johnson suggested that antivirals could be a third method of defence, along with vaccinations - including booster shots - and mass testing.

The antiviral taskforce will seek out new medicines to "stop the virus in its tracks", hopefully producing simple treatments that can be taken at home.

It is hoped that antivirals could help to reduce infections and limit the impact of any new variants.

They may also help to protect people who cannot take vaccines or those who are not fully protected after having the jab.

In an effort to avoid the kind of international disputes that have marked the deployment of vaccines, the taskforce will also look at opportunities to make antiviral drugs in the UK.

Johnson stated he hoped the move would help give "ever greater confidence to the people of this country that we continue on our path towards freedom".