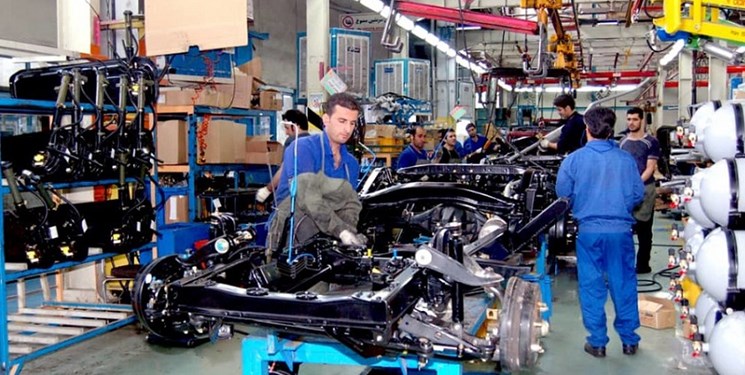 Nader Sakha said that foreign part making companies are inclined to cooperate with their Iranian counterparts, adding, “Iran’s auto part makers had good relations with foreign ones but the sanctions in the recent years cut their ties.”

Sakha said that this was a blessing in disguise which helped us indigenize the technology.

He further said that his company had produced 55 million auto parts in the Iranian year 1399 (ended March 20, 2021), which shows a 30 percent growth compared to the previous year.

Soleimani said that the Iranian car manufacturer had reached an 85-percent self-sufficiency in production of parts needed for localized manufacturing of the Romanian model, two years after the French automotive company left Iran under the US pressure.

Production for the local version of Dacia Logan, known in Iran under various brands including L90 and Tondar, was discontinued in 2018 when Renault decided to comply with US secondary sanctions on Iran which bars Americans and non-Americans with interests in the US from dealing with the Iranians.

“When Renault left Iran with the start of the sanctions we in SAIPA embarked on a plan to produce L90 within 18 months using facilities created in the country including for engine and transmission and a series of imported parts,” Soleimani said.

He added that the new local version of Dacia Logan will enjoy higher standards compared to the previous models produced under Renault’s watch in Iran as he insisted that over 85 percent of the parts and production know-how needed for manufacturing the car has been indigenized.

SAIPA, the second largest car manufacturer in Iran, has maintained a stable output over the past two years by marketing a series of local as well as Chinese brands.

The company was a major partner to Renault’s expansion plans into the Iranian market after a previous round of sanctions on Iran expired in 2016 after Tehran reached a nuclear agreement with world powers.