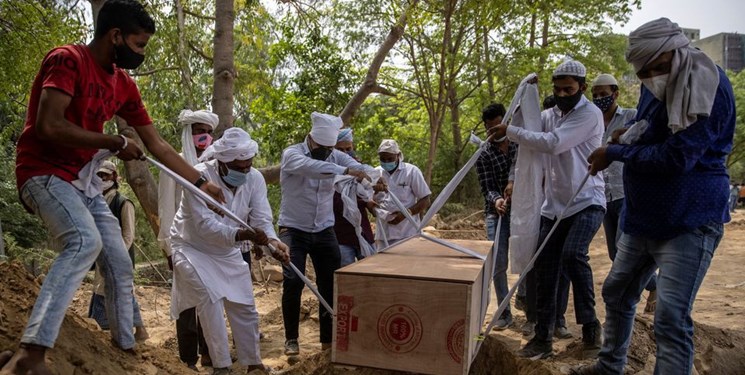 TEHRAN (FNA)- The coronavirus pandemic has created the worst crisis in Asia-Pacific since World War II, exposing structural weaknesses and fault lines, and revealing gaps in health services, social protection, and digital connectivity in the region, according to a new study.

The study, Beyond The Pandemic - Building back better from crises in Asia, has been prepared by the Economic and Social Commission for Asia and the Pacific, Anadolu news agency reported.

It said that countries across the region suffered economic contractions along with interruptions in trade, disrupted supply chains, and the collapse of international tourism, leading to widespread job losses and increases in poverty.

"If countries in Asia and the Pacific can combine concerted national action with coordinated regional cooperation, they – and the world – can emerge from the pandemic more prosperous, sustainable, resilient and unified," it said.

The surging pandemic has also aggravated many "underlying ills and highlighted gaps" in social protection, with more than half of the region's population completely unprotected throughout their lives.

According to the study's simulations for 13 developing countries in the region, if governments offered universal child benefits, disability benefits, and old-age pensions, at a conservative benefit levels, more than one-third of people would be lifted out of poverty.

"In the poorest households in Indonesia, [the] Maldives, the Philippines, and Sri Lanka, this basic social protection package would increase purchasing power by around 50%," it said.

Providing a basic social protection package would require an investment of 2% to 6% of the GDP. "Countries need therefore to extend coverage to everyone, while also ensuring that benefits are sufficiently high to make a difference in people's lives".

According to the report, if countries in the Asia-Pacific region are to embark on a sustained economic recovery, they will need to extend the commitment to provide ongoing fiscal support and stimulus, and direct their economies along more inclusive, resilient, and sustainable development pathways.

But they should aim to avoid unsustainable levels of debt that undermine macroeconomic stability.

Over the first eight months of 2020, crisis-related emergency spending by the region's developing countries, together with accommodative monetary and financial policies, amounted to some $1.8 trillion, or 6.6% of their combined 2019 GDP, the study said, adding that in most regional countries, these expenditures, along with declining revenues, are leading to increases in fiscal deficits, which are projected to widen from 1.5% of the GDP in 2019 to 6.8% in 2020, and 5.6% in 2021.

Following the pandemic, according to the study, the region suffered from a "digital divide", which has not only persisted but also grown wider.

More than half of the region's population remained offline. Only 13%, or 600 million people, have access to fixed-broadband subscriptions, it said.

"Most of the remainder rely on mobile broadband, which is often slower and less reliable but does reach more than 70% of the region's population. In Pacific island developing countries, however, uptake even of mobile broadband remains below 15%."

It added, "If Asia and the Pacific is to withstand future crises, ensure resilient supply chains, keep markets open, and safeguard vulnerable groups, governments across the region will need to embrace digitalization and close the digital divides between and within countries. They should also make better use of international rail freight and multi-modal systems."

Apart from economic and social upheavals, the pandemic has also posed several challenges in terms of environmental and climate change.

According to the study, while the virus brought economic production and travel to a halt, the region saw dramatically boosted air and water quality, and reduced greenhouse gas emissions.

But it also created new problems – flow of waste material, mainly from plastics and food packaging, as well as medical equipment, gloves, and face masks.

Environmental damage is also being intensified by global warming. Asia and the Pacific has six of the top 10 global carbon emitters, generating more than half the world's greenhouse gas emissions.

"Heightened exposure to zoonotic and other diseases and the general degradation of the region's environmental health reflect critical failings in the way we manage our environment. These weaknesses can be institutional, structural-economic or behavioral," it said.