American Woman Placed in A Coma, Had to Undergo Three Brain Surgeries for Blood Clots After Getting J&J Vaccine 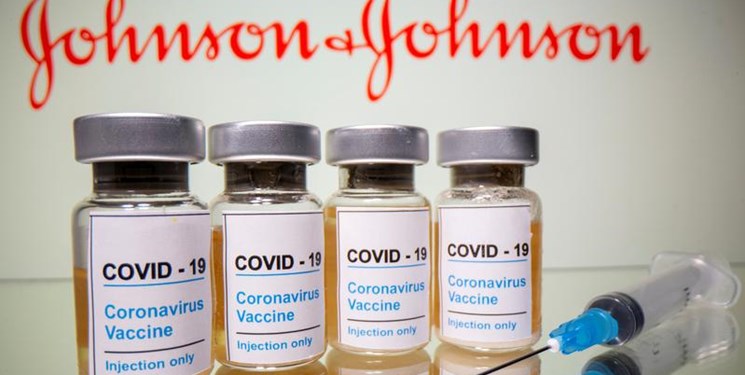 TEHRAN (FNA)- A Las Vegas woman had to undergo three brain surgeries due to dangerous blood clots that formed after receiving the Johnson & Johnson coronavirus vaccine, according to her family.

About one week later, she began experiencing seizures and was rushed to St Rose Dominican Hospital, Sierra Campus in Henderson, Nevada, according to family Spokesman Bret Johnson.

Burkey was then airlifted to Loma Linda Hospital in California, where she was placed in a medically induced coma, intubated and underwent three operations to repair blood clots in her brain.

Her parents says she is slowly recovering and is one of nine cases being investigated by the Centers for Disease Control and Prevention (CDC) and the US Food and Drug Administration (FDA).

It comes one week after the two agencies suggested clinicians stop using the shot after a handful of reports of rare, but serious, blood clots out of more than seven million vaccinations.

One of those women is Burkey, which the Nevada Department of Health and Human Services says it did not know of until a public meeting of the CDC's advisory committee last week.

CVST is a rare type of blood clot that blocks the brain's sinus channels of draining blood, which can cause hemorrhages.

It occurs in about five per million people in the general population.

In the six cases, CVST occurred in combination with low levels of blood platelets, also known as thrombocytopenia.

This figure of six was later updated to include nine people, but it's not clear if the other three experienced thrombocytopenia.

There is currently no evidence to suggest that the J&J vaccine led to the blood clots.

After delaying a vote on Wednesday on whether or not to recommend lifting the pause, the CDC's advisory committee meet again on April 23 to decide.

Members of the Advisory Committee on Immunization Practices (ACIP), which develops guidelines for vaccine administration as well as schedules, appeared to want more data before proceeding with a decision.

"She is improving slowly," Johnson told the Journal-Review, adding, "The word we got from her parents last night was slowly, slowly slowly."

As of Monday evening, Burkey has been taken out of the induced coma and off of a respirator.

Johnson said that the 18-year-old currently has a tracheostomy tube in her throat, but is able to mouth some words and communicated with her parents and doctors by blinking.

"She can [three-quarters] smile at will, and she likes to tease me about how bad I read lips," her father, Russ, wrote in an update on GoFundMe.

"Her blinking is much improved. She had another CT [scan]...that shows no bleeds and a very little, but progress, in shrinking the damaged areas of her brain. Swelling of the brain is still an issue but not unexpected," he added.

A CDC spokesperson told AOL that no additional cases have been confirmed in an emailed statement.

"We are encouraged that it hasn't been an overwhelming number of cases but we're looking and seeing what's come in," said CDC director Dr Rochelle Walensky during a press briefing on Monday.

She added that the agency and the FDA were monitoring the US government's database for additional reports of side effects.

Johnson told the Journal-Review that even though Burkey experienced a "massive brain injury", her parents are "cautiously optimistic".

"They're cautiously optimistic because she is improving, but very, very slowly," he said.

The family has started a GoFundMe page to help cover the cost of Burkey's medical expenses.