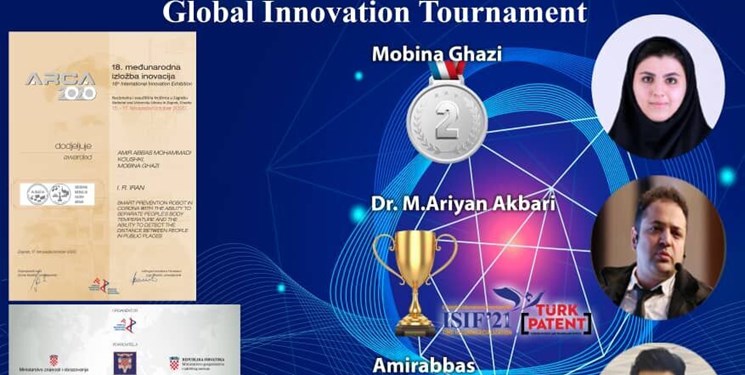 Koushki said that Ghazi received a bronze medal for her project “Smart Hospital” at the Global Innovation Tournament in Africa.

She bagged a silver medal at the tournament for the project "Intelligent Robot against COVID-19", he added.

In relevant remarks in December 2020, Head of the Islamic World Science Citation Center (ISC) Mohammad Javad Dehqani said that 74 Iranian universities and research centers have ranked among the top 1 percent of the world's top universities with the highest impact.