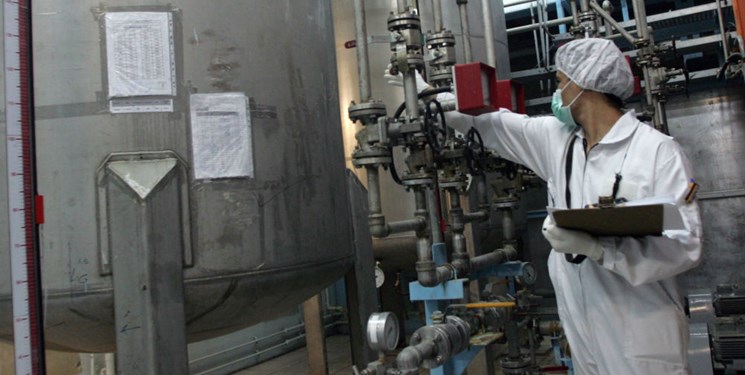 TEHRAN (FNA)- A senior Iranian lawmaker lauded the country’s scientists for their capability to enrich uranium to the purity level of 60%, stressing that it showed the enemies’ failure to stop Iran’s scientific progress.

“60% uranium enrichment showed that the sabotage and terrorist acts of the Zionists and the arrogant powers cannot harm the scientific power of the Islamic Republic of Iran,” Mousavi Ahmadi told FNA on Saturday.

“60% enrichment showed that we are able to do whatever we determine and our enemies should be assured that enrichment of uranium to higher levels is accessible to us as easy as the 60% enrichment,” he added.

Mousavi Ahmadi said that the western countries should accept that they are facing a powerful Iran.

Iran’s Ambassador to the International Atomic Energy Agency announced on Sunday that the IAEA has verified and approved Iran's 60 percent uranium enrichment.

The AEOI Chief stressed that the Iranian scientists’ success to achieve 60% enrichment “was a great step to implement parliament’s law approved in December to counter sanctions".

Earlier, Qaribabadi slammed Israel as the main culprit behind the recent incident in Natanz nuclear facility, adding that the act of sabotage will not stop enrichment activities in the complex.

In a first move to show Iran's hardening stance in reaction to the terrorist attack on Natanz nuclear facility, the country declared that the Atomic Energy Organization of Iran (AEOI) will initiate preparatory steps to start enriching uranium to the 60% purity level.

"Upon an order by the President, the AEOI has been required to launch 60-percent uranium enrichment line under Article 1 of the Parliament Law on 'Strategic Action to Remove Sanctions' and protect the Iranian nation's interests," AEOI Spokesman Behrouz Kamalvandi told FNA.