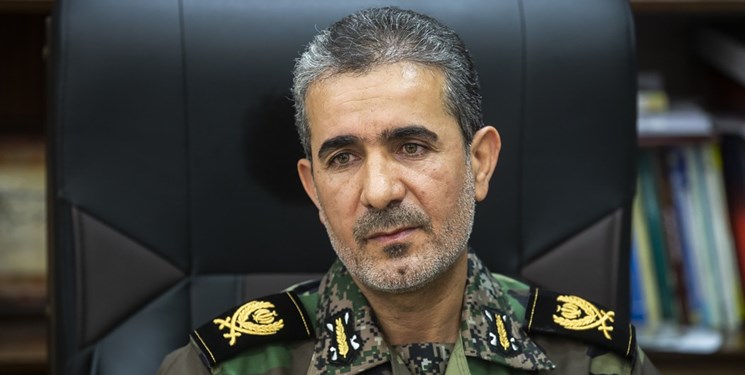 TEHRAN (FNA)- Head of the Iranian Army Ground Force's Research and Self-Sufficiency Jihad General Massoud Khazayee announced that the country’s experts have manufactured the lightest tactical military vehicle in the region, saying that the Army does not allow new threats against Iran.

“We had good and effective projects in developing smart rockets and missile systems equipped with pin-pointing technology and we have increased their range,” General Khazayee told FNA on Monday.

He referred to the Army Ground Force’s project to develop the lightest tactical military vehicle in the region, named Rouyeen Tan, saying that the vehicle’s operational tests have been carried out in the presence of experts from the General Staff of the Armed Forces, and now it is being mass-produced and will be delivered to the Armed Forces in one or two years. 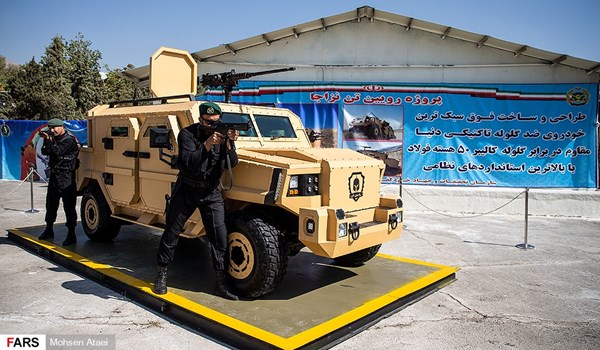 General Khazayee underlined the Iranian Army Ground Force's Research and Self-Sufficiency Jihad’s efforts to develop the most state-of-the-art weapons and equipment, and said, “We are now in such conditions that we do not even allow start of new threats against our country.”

The new products have been developed by the Iranian Army Ground Force’s Research and Self-Sufficiency Jihad Organization.

The 7 achievements include a system for drone radar warning with the capability to detect and jam airborne surveillance radars on a variety of drones, helicopters and fighter jets. Also, a system to warn of the laser beams emitted from drones was unveiled which enjoys the capability to detect laser-guided weapons and airborne threats, short-range air defense systems, including high-powered laser destroyer, and the ability to send alerts to the drones’ ground control and guidance station.

Another product unveiled by the Army Ground Force is a micro turbojet engine which can be used in drone systems, single-seater light aircraft, wave gilders, various missile systems, and can be utilized in propulsion engines and for launching the main engines of aircraft. Also the low weight, high speed, high flight ceiling compared to piston engines and the ability to carry cargo and increase flight duration in a variety of UAVs and using a variety of fuels are other capabilities of the system.

The next product was Tiam 1400 drone self-defense system, detection and tracing of guided radars and air surveillance of enemy drones. The system operates in all frequency bands and is capable of detecting various types of air surveillance radar signals and intelligently transmits the received signal to the jamming system.

Another system unveiled on Sunday was ‘mass flight’; a network-based flight system based on artificial intelligence which consists of a leading drone, follow-up drones and a ground station that has the ability to perform online or scheduled operations. Also, missions to identify, monitor and destroy enemy ground and flying targets, appropriate operational range and flight duration, the ability to network 3 or more aircraft by using a variety of Iran-made drones, with a secure link and a completely indigenous control guidance system are other capabilities of the system.

Meantime, another product was Taha 1400, a jamming system of air surveillance radars mounted on drones which is a system with appropriate power and covers a large operational area by using directional antennas and maintains the security of various drones flying over the enemy zones; also, it is intelligent, is low in weight and voltage consumption and has the ability to be installed quickly and easily.

The next achievement was upgraded ground-based jamming system to confront drone threats and remotely-controlled systems by jamming their navigation system. The ability to jam most frequency bands, the ability to operate in all operational areas and battlefields, rapid deployment, duration of operation, intelligent operation and having no need to operators are the capabilities of the system.