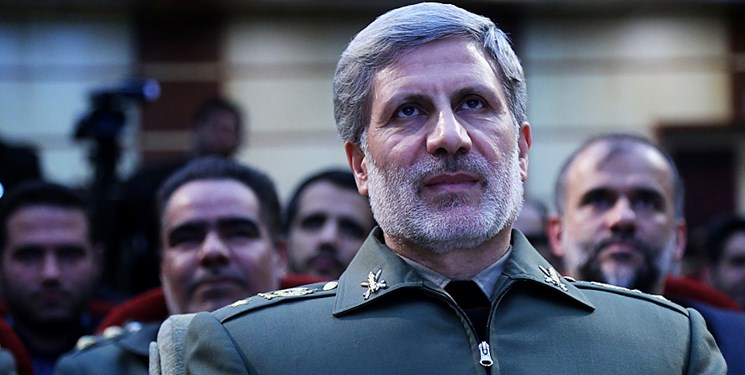 TEHRAN (FNA)- Iranian Defense Minister Brigadier General Amir Hatami underlined that the Resistance Front forces are earning victory in the battlefields against the US and the Tel Aviv regimes in the region.

"Today, the resistance fronts consisting of Iran, Syria, Iraq, Lebanon, Yemen,… against the United States and the Zionist regime are not only undefeated and passive but they are considered the victors of the battlefields," he added.

General Hatami reiterated that the Islamic Revolution Guards Corps (IRGC) and the Iranian Army have jointly created security and deterrence for the nation, and said that the American and Israeli enemies have today been defeated by the resistance forces.

In relevant remarks on Sunday, Iranian Armed Forces Chief of Staff Major General Mohammad Hossein Baqeri said that the recent attacks launched by the resistance forces in the occupied territories will bring the Zionists to their senses.

“The Zionists imagine that they can continuously target the Syrian territories and conduct mischief in different places and in the sea and receive no response,” General Baqeri said.

"The occupier Zionist regime should know that the resistance groups are stationed all over the planet next to their bases and are bringing them closer to collapse at any moment," General Fallahzadeh said in the Central city of Isfahan, addressing a ceremony to commemorate his predecessor Brigadier General Seyed Mohammad Hossein Hejazi, a veteran of the Iraqi imposed war on Iran in the 1980s who was suffering the chemical wounds of the war throughout the past several decades and died of heart failure last Sunday evening.