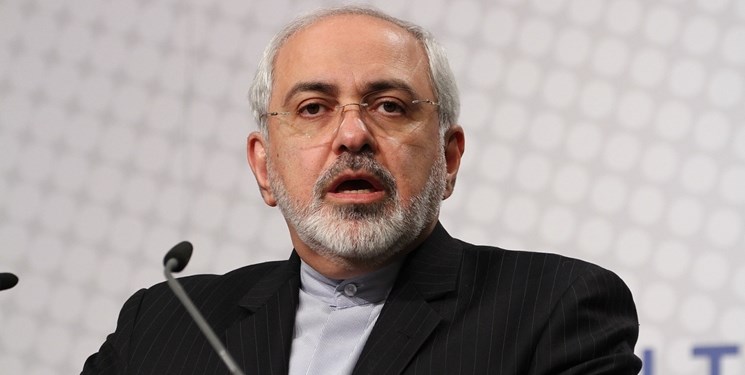 TEHRAN (FNA)- Iranian Foreign Minister Mohammad Javad Zarif called on the US President Joe Biden’s administration to opt for a wise policy to pave the ground for Washington’s return to the nuclear deal, reiterating that Tehran does not hold talks with Washington.

“Today we had the opportunity to talk about the nuclear talks between Iran and the G4 + 1 countries (four members of the UN Security Council - China, Russia, UK and France - plus Germany). Of course, the Americans are in Vienna and we do not talk with the US. But we had very good talks on the implementation of the nuclear deal, and we hope that the new US administration can be able to return to the nuclear deal as soon as possible by adopting a wise and good policy to implement its undertakings and all sides fulfill their undertakings. We are ready to return and fulfill our undertakings in full as soon as the US implements its undertakings and their move is verified,” Zarif said in a press conference with his Iraqi counterpart Fuad Hussein in Baghdad on Monday.

Elsewhere, he described relations between Iran and Iraq as much strong, and said, “Today, we discussed different areas of economic relations, energy, transportation, and linking roads and railways between the two countries as well as Iran and Iraq's joint cooperation in combating cross-border terrorism, crimes and drug trafficking, which are very important areas for cooperation.”

“We are two countries that stood together against the ISIL and the blood of the Iranian and Iraqi youth is mixed in the fight against terrorism, as well as the blood of our heroes, Martyr Lieutenant General (Qassem) Soleimani and Martyr Abu Mahdi al-Muhandis, who were both heroes in the fight against the ISIL, and unfortunately were martyred in Iraq by the US illegal act,” Zarif said.

“Martyrs Qassem Soleimani and Abu Mahdi Al-Muhandis are the symbols of resistance for the two countries,” Zarif said while paying tribute to the two top anti-terror commanders upon his arrival in Baghdad on Monday morning.

"The people of Iraq and Iran fought and won against common enemies, from Saddam to ISIL," he said, adding, "Iraq is one of our most important neighbors. We have very close relations with this country."

"In the economic, banking, financial cooperation, and regional issues, Iraq has played an important role, and we want this role to be improved," he stated.