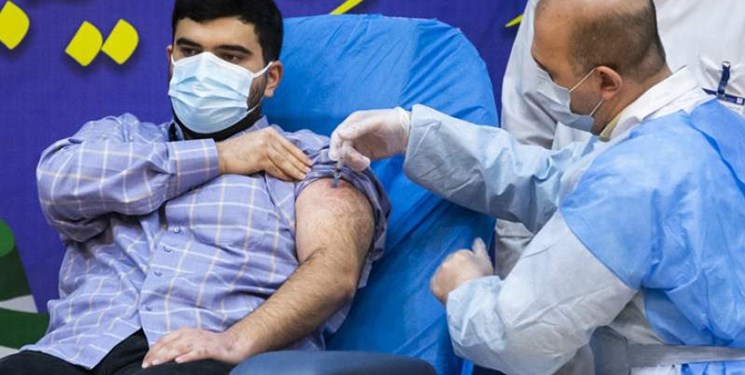 TEHRAN (FNA)- Iranian Health Minister Saeed Namaki announced on Tuesday that the second phase of general vaccination against coronavirus started in the country, adding that 3 cases of Africa-originated COVID-19 infection have been identified in Southern Iran.

“We faced the disloyalty of vaccine suppliers in this process and the vaccination of the first group (in Iran) was completed late and with a delay of two weeks. The second phase started today,” Namaki said. 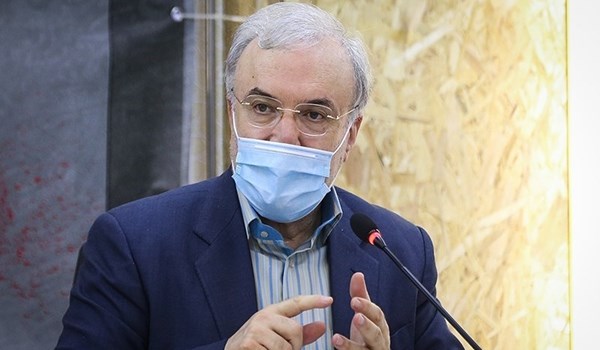 He added that the third phase of the clinical trial of one of the most effective vaccines in the world, which was carried out by transferring technical know-how from Cuba, has started in Iran, noting that the country is also due to produce Sputnik-V vaccine inside Iran in cooperation with Russia which will accelerate vaccination of people in the country.

Namaki also voiced concern that three cases of infection to a coronavirus mutation that has first been recorded in Africa have been reported in one of the country’s Southern provinces.

Iranian Health Ministry Spokeswoman Sima Sadat Lari said on Monday that foreign states have failed to supply Iran with its needed coronavirus vaccines based on contract, but meantime stressed that Iran is hopeful to immune the nation against the COVID-19 with its home-grown vaccines.

“Given the fact that 85% of vaccines in the world are produced in 8 countries, we cannot count so much on these vaccines. The promises made by the vaccine producing countries have not been fulfilled and the vials supplied to the country have been way lower than what has been undertaken [by the foreign suppliers]; yet we are still hopeful to see that the Iranian vaccines would reach the mass-production stage soon," Lari said.

She noted that several Iranian companies are producing coronavirus vaccines, saying that COV-Iran Barekat and Pasteur Institute’s vaccines have entered the third phase of human trial.

Lari added that the two vaccines will be mass-produced late in Spring or early Summer if they can receive the necessary licenses.

Head of Iran’s Headquarters for Executing the Order of Imam (HEIKO) Mohammad Mokhber announced on Sunday that the third phase of the human trials of COV-Iran Barekat coronavirus vaccine has started and one million doses of the indigenized vaccine will be produced within a month.

“We thought that we would reach mass-production in May, but this happened in April and our production lines are constantly improving, and we will definitely deliver one million doses of coronavirus vaccine to the health ministry in May so that the ministry can take the needed actions,” Mokhber said.

He added that 3mln to 3.5mln COV-Iran vaccines will also be produced in June, 12mln others in July and 20mln more in August, noting that 20mln to 25mln doses of vaccine will be delivered to the health ministry each month since then.

“We will provide 50mln doses of vaccine to the Iranian nation by the end of summer,” Mokhber said.

Last week, Iran announced that its second home-made vaccine will be mass-produced in summer.

No serious and worrying side effects have been observed in the human trial of COV-Pars coronavirus vaccine, produced by Iran’s Razi institute, so far, the main researcher of the clinical study of the vaccine said, adding that it can be mass-produced late in summer.

"The conditions for the mass-production of the COV-Pars vaccine are expected to be in place by the end of Summer," Saeed Kalantari said on Wednesday.

The first and second injections in the first phase of the clinical trial of the vaccine were successfully completed, and today the inhaled dose was prescribed for the first time, he added.

"So far, no serious side effects have been observed in the process of the study and the vaccine has shown very few insignificant side effects," Kalantari said.

Meantime, Head of Razi Institute Ali Es’haqi said that the second phase of the clinical trial of COV-Pars vaccine will begin in early June with 500 volunteers

The second phase lasts about two months, then we enter the third phase of the human trial, he added.

The institute started working on a COVID-19 vaccine in early 2020.

Iran’s President Hassan Rouhani said in January that 3 home-made coronavirus vaccines produced by the country’s scientists will be mass-produced and injected to millions of Iranian nationals late in Spring or Summer.