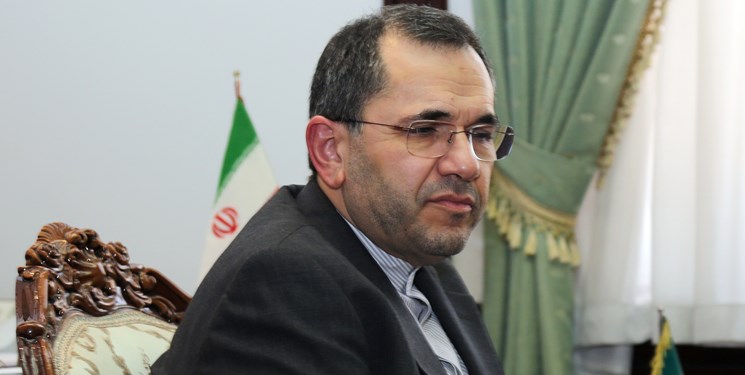 TEHRAN (FNA)- Iran's Envoy and Permanent Representative to the United Nations Majid Takht Ravanchi slammed the Security Council's inaction toward protection of civilians during wars, saying that the body's silence on Israel’s crimes, six years of Saudi invasion and devastation of Yemen and illegal sanctions against Syria are examples of such inaction.

“A living example is the decades-long systematic inhumane and unlawful practices of the Israeli regime in the occupied territories that cover a range of brutalities such as deliberate systematic and massive ethnic cleansing; demolition of homes and confiscation of lands and properties of the Palestinians; the unlawful blockade of the Gaza Strip; and killing of civilians, including women and innocent children, all of which are clear manifestations of war crimes,” Takht Ravanchi said in a speech on Tuesday.

Here is the full text of his speech,

"While the prohibition of the use of force, save the two exceptional cases authorized by the Charter, is a fundamental principle and a preemptory norm of international law, armed conflicts are still a reality of our time.

However, according to International Humanitarian Law (IHL), which governs the conduct of States in armed conflicts, there are certain rules that must be observed by parties to conflicts.

The most prominent principles upon which IHL is founded are “the principles of humanity” and “the dictates of public conscience”.

As also authoritatively pronounced by the International Court of Justice (ICJ), “the overriding consideration of humanity” is “at the heart of” the principles and rules of law applicable in armed conflict.

According to this principle, inflicting “unnecessary suffering” even to “combatants” is prohibited, let alone causing any suffering to civilians, the protection of whom is the prime objective of many international legally binding instruments constituting the IHL.

“Distinction” is another IHL principle, according to which, the parties to the conflict shall distinguish between the civilian population and combatants and between civilian objects and military objectives.

Additionally, in accordance with Article 35(1) of Protocol I additional to the Geneva Conventions of 12 August 1949, the choices of “methods or means of warfare is not unlimited”.

Consequently, as also clearly stated by the ICJ, “States must never make civilians the object of attack”, and as stipulated in Article 18 of the Fourth Geneva Conventions of 12 August 1949, the civilian objects such as hospitals “may in no circumstances be the object of attack, but shall at all times be respected and protected by the Parties to the conflict.”

Likewise, starvation of civilians as a method of warfare or attacking or rendering useless objects indispensable to the survival of the civilian population must be avoided.

These explicit norms indicate that our challenge today is not the lack of adequate binding rules for the protection of civilians or civilian objects, rather it is the lack of compliance with such norms, and more importantly, the inaction of the Security Council when they are breached materially and even systematically.

A living example is the decades-long systematic inhumane and unlawful practices of the Israeli regime in the occupied territories that cover a range of brutalities such as deliberate systematic and massive ethnic cleansing; demolition of homes and confiscation of lands and properties of the Palestinians; the unlawful blockade of the Gaza Strip; and killing of civilians, including women and innocent children, all of which are clear manifestations of war crimes.

Another example is the brutalities of Saudi Arabia in its six years of aggression in Yemen, in which thousands of civilians, including women and children, have been killed; homes, mosques, hospitals, schools, market places, diplomatic missions and even wedding and funeral ceremonies have been indiscriminately attacked; and starvation of civilians is used as a method of warfare, causing the world’s worst contemporary humanitarian crisis.

Another case is the imposition of inhumane unilateral sanctions against Syria which prevents the import of humanitarian goods including food and medicine, causing serious harm to the health and lives of people. Practically, their adverse effects are equivalent to starvation and must therefore stop immediately.

While emerging methods and new means of warfare -- developed as a result of technological advances -- might require new rules – the development of which, according to Charter’s Article 13, falls within the purview of the General Assembly – the existing norms on the protection of civilians or civilian objects, are significantly clear and sufficient.

Indeed, what the Security Council must do to ensure the protection of civilians and civilian objects in armed conflicts, is to compel the perpetrators to bring such practices to an immediate end, and hold them accountable for such crimes.

This is of utmost importance in current circumstances, in which the adverse consequences of the COVID-19 pandemic are exacerbating the already serious humanitarian situations in a number of conflict-ridden countries.

Additionally, when certain civilian objects like drinking water installations are attacked or otherwise rendered useless, unfortunately, the main victims are children. According to UNICEF, in protracted conflicts, “Children under 5 are more than 20 times more likely to die from diarrhea disease linked to unsafe water and sanitation than violence in conflict”.

It must also be stressed that when civilian objects are attacked, destroyed or rendered useless, it seriously impedes the return and resettlement of displaced communities as well as reconstruction efforts in post-conflict situations.

The Islamic Republic of Iran will continue its efforts to further promote awareness about IHL norms at the national level and to enhance their full and effective application at the international level."