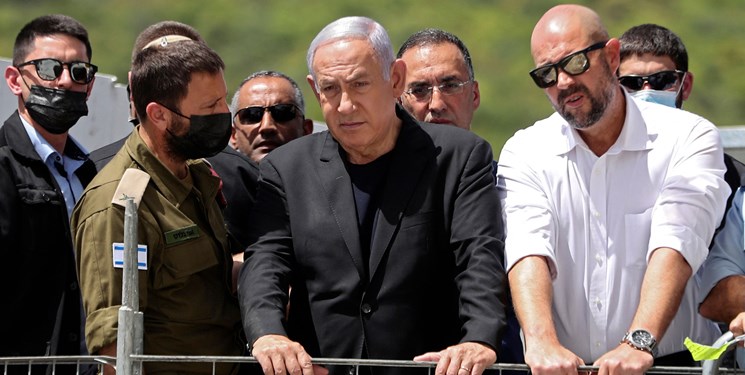 TEHRAN (FNA)- Israel’s Prime Minister Benjamin Netanyahu has announced a full investigation into the deadly stampede at a Jewish religious festival in the town of Mount Meron, where he was booed by protesting relatives of the victims.

According to the Israeli media, protesters hurled empty bottles and shouted insults at Netanyahu, who travelled to the pilgrimage site in the North of Israel, where at least 44 people died and 150 others were injured in the stampede during Lag BaOmer celebrations, Al-Jazeer reported.

Netanyahu, who described it as one of the “worst” disasters in Israel’s history, announced Sunday to be a “national day of mourning” and expressed sympathy to the families of the victims. He also met police and others involved in rescue efforts.

Meanwhile, President Reuven Rivlin’s office called for those in search of people still missing to contact the presidential office.

“We will make every effort to find them,” he said.

Health Minister Yuli Edelstein visited some of the injured at Ziv Medical Center in Northern Israel’s Safed on Friday morning.

Edelstein said almost all of the victims had been identified, reported the Israeli media.

The incident took place when large numbers of people trying to exit the site thronged a narrow tunnel-like passage, according to witnesses. People began falling on each other near the end of the walkway, as they descended slippery metal stairs, witnesses said.

Authorities had allowed 10,000 people to gather at the site of the tomb of Rabbi Shimon Bar Yochai, a second-century Talmudic sage, but organisers said more than 650 buses had been chartered from across Israel, bringing at least 30,000 pilgrims to Mount Meron.

Eli Beer, director of the Hatzalah rescue service, said he was horrified by how crowded the event was, saying the site was equipped to handle perhaps a quarter of the number who were there, he told the army radio station.

About 5,000 police had been deployed to secure the event, Israel’s largest public gathering during the coronavirus pandemic.