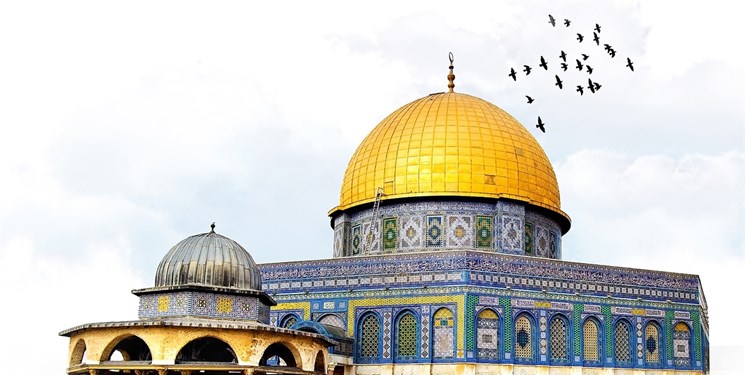 TEHRAN (FNA)- Iranian and Pakistani figures strongly deplored any move to downplay the issue of Palestine, stressing that normalization of ties with Israel is in flagrant violation of unity of the Islamic Ummah.

A number of Iranian and Pakistani officials and activists in political, cultural, religious and academic fields emphasized resistance against any scheme to cast into oblivion the issue of Palestine among Muslims, adding that normalizing of ties with the Zionist regime is against the principle of unity of the Islamic world.

They expressed their views at a webinar ahead of the international Quds day that had been organized by the Iranian Cultural Center in Karachi, Southern Pakistan.

Bahram Kian said Quds Day was a clever initiative of Imam Khomeini which has breathed fresh spirit into the issue of Palestine, adding, “The issue of Palestine remains as the top issue of the Islamic world and the support for the Palestinian Cause and Holy Quds links Muslims around the world.”

He said normalization of relations with the fabricated, terrorist, and usurper Zionist regime has caused divisions in the Islamic Ummah.

Seyed Mohammad Reza Sajjadi said this year’s Quds day is the first one after some Arab governments’ measure to normalize ties with the Zionist regime and betraying the Palestinian cause.

He also condemned the so-called “deal of the century” adding that it pursues very dangerous goals.

Dr. Shaista Tabassum from the University of Karachi said the illegitimate Zionist regime has been fabricated in West Asia since more than seventy years ago with the help and cooperation of Western powers.

She added that the issue of Palestine is not only an ethnic and religious issue but also an important human issue.

President of Karachi Editors Club Mubashir Mir said the Western powers alongside the Zionist regime are hell-bent on instigating chaos and conflict in Islamic countries in a bid to weaken many Islamic nations while Israel is the main beneficiary of this situation.

Deputy Secretary-General of Majlis Wahdat-e-Muslimeen Pakistan (MWM) Allama Seyyed Ahmad Iqbal Rizvi also said for sure the issue of Palestine and Quds is one of the most important issues in today’s world, especially for Muslims, which leads to unity and solidarity of the Islamic Ummah.

Rizvi added that some Arab regimes in the region, including the UAE and Bahrain, have forgotten the Palestinian cause and have begun to normalize relations with the Zionist regime.

Secretary-General of Palestine Foundation of Pakistan Saber Abu Maryam said that today the Palestinian issue is at its most critical juncture.

“The issue of Palestine was about to be forgotten before the advent of the Islamic Revolution, but it was revived thanks to the announcement of the International Quds Day by Imam Khomeini (God’s Mercy upon him),” he added.

The International Quds Day is an annual event opposing Israel's occupation of Beitul-Muqaddas. Anti-Zionist rallies and demonstrations are held on the last Friday of Ramadan in Muslim and Arab countries around the world, especially in Iran, as well as a large number of non-Muslim states.