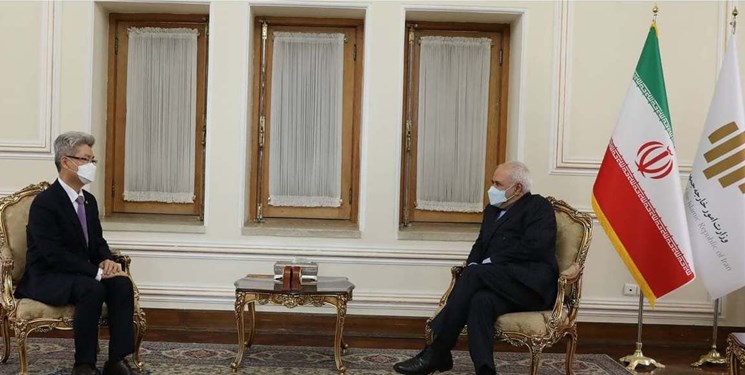 During the meeting in the Iranian capital on Sunday, Zarif and Ryu Jeong-Hyun explored avenues for bolstering nd reinvigorating bilateral relations in political, economic and cultural fields.

During the meeting, both sides exchanged views on regional and international developments.

Chung arrived in Tehran and was welcomed by Iranian Minister of Road and Urban Development Mohammad Eslami.