Iran Dismisses Any Agreement on Prisoner Swap with US 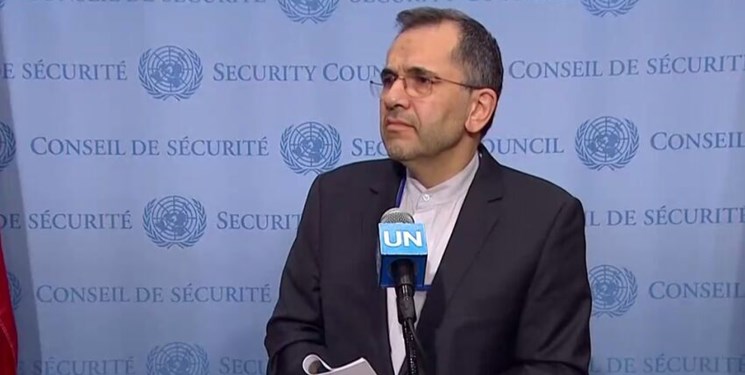 TEHRAN (FNA)- Iran's Ambassador and Permanent Representative to the UN Majid Takht Ravanchi rejected some news about an alleged agreement between Tehran and Washington on reciprocal release of prisoners.

Takht Ravanchi said that the news by certain foreign media on the US-Iran agreement for reciprocal release of eight prisoners and unblocking of seven billion dollars of Iran’s blocked assets is not true.

“However, Iran has always emphasized comprehensive exchange of prisoners between the two countries,” he added.

“The Islamic Republic of Iran has repeatedly presented the issue of exchange of prisoners, but the American side has rejected it under baseless excuses,” the envoy noted.

Some Iranians are in US jails just because of ignoring US illegal sanctions on Iran.

In relevant remarks in June 2020, the Iranian foreign ministry dismissed media reports that the country's scientist Sirous Asgari who had been jailed in the US was freed in a prisoner swap with Washington.

Former Iranian Foreign Ministry Spokesman Abbas Mousavi said that Asgari was released as a result of diplomatic consultations and efforts of Iran's interests section in Washington and the office of Iran's permanent representative to the UN in New York after being exonerated of baseless charges and allegations.

Mousavi said that the Iranian scientist was kept longer in the US due to the coronavirus outbreak and after flights halted, noting that his freedom was not the result of a prisoner swap with Washington.

Asgari, a 59-year-old professor of materials engineering who was acquitted in November 2019 on charges of “stealing trade secrets” related to his academic activities at Ohio State University, was arrested by the US Immigration Service for revoking his visa.