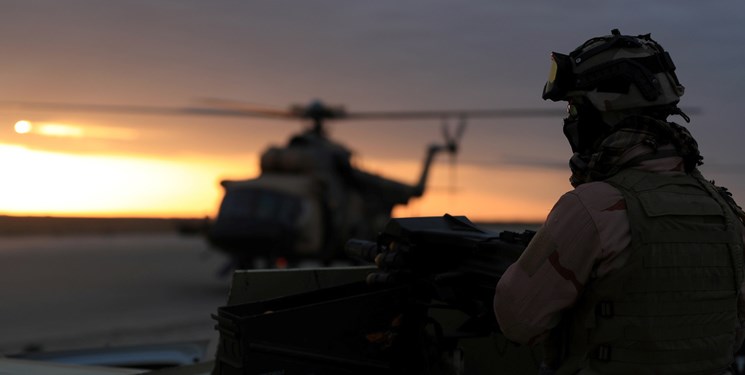 TEHRAN (FNA)- At least six rockets targeted an Iraqi air base hosting the occupying US soldiers and warplanes following a string of similar attacks on the base during past months.

According to a Reuters report on Monday, the Al-Balad base was first targeted by three rockets, which hit near US military installations, situated inside the base. Soon after the first attack, three more rockets landed near the base.

Some Iraqi sources have reported that the base was targeted by at least 10 rockets during the Monday attack.

There are no immediate reports of casualties or material damage following the latest rocket attack on the base, although some Iraqi news channels reported that several American forces and contractors were injured.

No group or individual has so far claimed responsibility for the attack on the base, which is located 85 kilometers North of the capital Baghdad, and houses, among other things, F-16 fighter jets in addition to several maintenance companies employing Iraqi and foreign staff.

This was the second attack in the past 24 hours on the base as it was also targeted by several rockets on Sunday evening as well.

The Monday's assault was the latest in a string of attacks against US positions that were carried out after US President Joe Biden, in February, ordered airstrikes on positions of anti-terror Popular Mobilization Units (PMU) along the Iraqi-Syrian border, where they were fighting remnants of the Takfiri Daesh (also known as ISIL or ISIS) terrorist group.

The Iraqi counter-terrorism forces pledged retaliation, prompting the US military forces to go on high alert and adopt maximum security measures in anticipation of a response.

The last attack on Balad air base was on April 4 when at least two rockets hit the site.

Iraqi resistance groups have vowed to avenge the assassinations, but denied any role in such rocket attacks.

Two days after the assassinations, the Iraqi parliament voted for a resolution that called for expulsion of all foreign forces, including the Americans.

The Iraqi parliament’s resolution concerning withdrawal of US troops from the entire Iraqi territory, including the semi-autonomous Kurdistan region, is unambiguous and irreversible.

Washington, however, has threatened sanctions should US troops be expelled from Iraq instead of ending the occupation of the Arab country.