Human Behavior Must Be Factored Into Climate Change Analyses 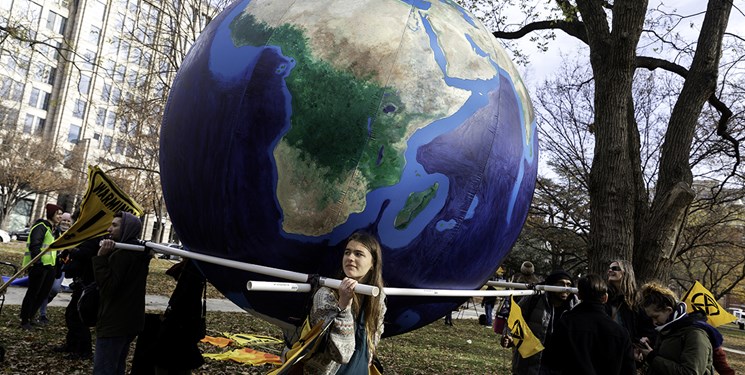 The research, which used household surveys, temperature data and statistical models, revealed that when temperatures rise, people fish less often. At the same time, the study's authors indirectly found that stocks of fish and other aquatic foods also rise with temperatures, leading to slightly larger catches each time peopled fished. Without careful analysis, it would appear that overall fish catches appear unchanged annually, when in fact, more nuanced dynamics are at play.

The study highlights why it's necessary when studying changing environmental conditions to include human behavior along with ecosystem responses; both are key variables when considering how climate change affects rural livelihoods, food production and food access.

"This study underscores the importance of pulling human behavior into climate change modeling," said Kathryn Fiorella, an assistant professor in the Department of Population Medicine and Diagnostic Sciences and Master of Public Health Program in the College of Veterinary Medicine. "To accurately predict the impacts of climate change, we need to know about the effects on ecological systems, and also the effects on people who use them."

In the study, Fiorella and colleagues used data provided by partner organization WorldFish, which collected survey data every two months over three years for households in Cambodia, which has the world's highest per-capita consumption of inland fish. WorldFish collected information on how often people fished, how much time they spent when they fished, and what method they used.

The researchers used remotely sensed temperature data over the same three-year period, which revealed a range of 24 to 31 degrees Celsius (75 to 88 degrees Fahrenheit). The researchers also controlled for rainfall and flooding.

"The temperatures in the range of the study compare to regional climate projections in the area, which suggest around a 1.5 to 2.5 degrees Celsius [2.7 to 4.5 F] temperature rise above the average of 28 degrees Celsius [82.4 F]," Fiorella said. "What we observed is in range for what we might expect under climate change scenarios."

The researchers found time spent fishing per outing and the gear choices were not affected by temperature, but fewer people fished as temperatures rose.

They also analyzed fish catch. It turns out that, with effort holding constant, fish catch per outing went up as temperatures rose, which meant the ecosystem became a little more productive when it was warmer. The same pattern was true for other aquatic animals, like frogs or snakes, and aquatic plants. However, without factoring in effects of temperature on human behavior, it might have looked like temperature had no effect.

The researchers suspect that fishing frequency declined as temperatures rose due to competing interests. "These households have a suite of different activities they are engaged in at the same time," Fiorella said, noting many of them are rice farmers or run small businesses. At the same time, heat may also be a factor, she added.

Fiorella added that large swaths of the population migrate to cities or nearby countries for work, and these dynamics could be pulling them away from fishing.

"Ultimately," she said, "understanding both ecosystem responses and people's responses to temperature is going to be fundamental to understanding how climate change affects people who are directly reliant on the natural resources for their food and income."