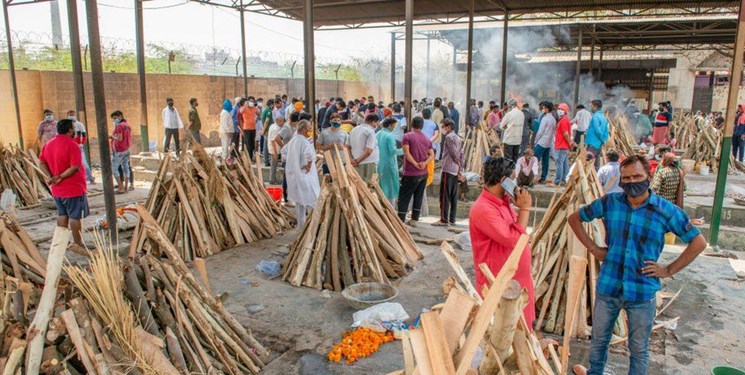 TEHRAN (FNA)- India on Tuesday became the second country after the US to report surpassing 20 million COVID-19 cases.

The official death toll has surged past 220,000, The Associated Press reported.

Experts and local health workers say the actual numbers are much higher.

The World Health Organization said Monday more cases had been recorded globally over the past two weeks than in the first six months of the pandemic, with India and Brazil making up more than half of all infections.

Prime Minister Narendra Modi has been criticized for his handling of the pandemic, as hospitals face a widespread oxygen shortage.