Biden Says He Will Raise Refugee Cap from 15,000 to 62,500, After Widespread Criticism for Extending Trump-Era Levels 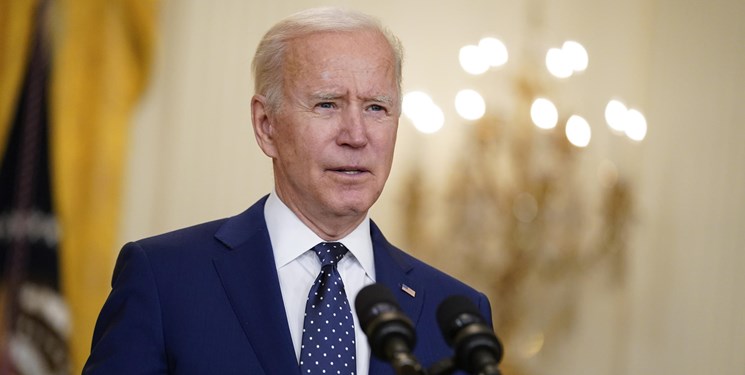 TEHRAN (FNA)- President Joe Biden on Monday lifted the annual limit on the number of refugees who can be admitted into the United States through September to 62,500 but said admissions would fall short of that mark – capping months of wavering and reversals from his administration and fierce blowback from human rights advocates and fellow Democrats.

In a written statement, Biden said he was raising the record-low cap of 15,000 set by the Donald Trump administration, “which did not reflect America’s values as a nation that welcomes and supports refugees”, The Washington Post reported

But he added that “the sad truth” is the United States will not fill all 62,500 slots – the figure his administration set in February before he backed away from it over concerns about how the government handled a migration surge at the southern border. He also reinforced his goal of 125,000 for the fiscal year that starts in October but cautioned that number “will still be hard to hit”. Biden attributed these conclusions to challenges rebuilding a system President Trump had dismantled.

“It is important to take this action today to remove any lingering doubt in the minds of refugees around the world who have suffered so much, and who are anxiously waiting for their new lives to begin,” Biden said, adding, “The United States Refugee Admissions Program embodies America’s commitment to protect the most vulnerable, and to stand as a beacon of liberty and refuge to the world.”

Biden’s decision bookended an extraordinary chapter of the US refugee program that started in February, when he first promised to turn the page on the Trump administration’s anti-immigrant policies. After his administration set new targets, Biden and his aides went quiet in public for two months as he refused to officially change sign-off on a new policy, an unusual development that alarmed refugee advocates.

The inaction underlined the political and policy concerns about immigration that Biden and some of his top advisers have been feeling in the early days of his presidency. The border surge has prompted strong criticism from both Democratic and Republican elected officials, and polls show the public is also worried about his handling of the situation.

In his formal directive Monday, Biden explained his shift by stating that it resulted in part from “additional briefing and a more comprehensive presentation” on the government’s capacity to increase the cap while addressing other tasks. The White House did not immediately respond to a request for more details on the new information he cited. Refugee advocates in recent weeks have largely been unconvinced by the White House’s public explanations.

Biden’s hesitancy had real-world consequences, refugee advocates said. They noted in recent weeks that it meant canceled flights for refugees ready to travel, including a pregnant woman who missed the window to fly. Democratic lawmakers on Capitol Hill urged Biden to fulfill his promise, but for a time, they were unsuccessful.

Biden’s announcement was hailed Monday by some refugee advocates who had previously criticized his vacillations and spoke out about the negative effect they said it had on people fleeing oppression, persecution and other dire circumstances.

“Today we took a critical step in reversing the terrible imprint of the Trump Administration on our global humanitarian leadership,” said Krish O’Mara Vignarajah, the president and chief executive of Lutheran Immigration and Refugee Service, a resettlement agency working with the government.

Echoing a sentiment other refugee advocates have voiced about the value of a new cap, even if it is not reached, she added, “The revised presidential determination is not just a number. It’s a symbolic message that the White House is committed to resurrecting a lifesaving program and returning America to its global humanitarian leadership position.”

Rep. Ilhan Omar, D-Minn., who lived in a refugee camp in Kenya as a child after her family fled a civil war in Somalia, wrote on Twitter, “We are now one step closer to welcoming Refugees, but not there yet. Complacency is not how we get anything done, let’s keep pushing and demanding more. The capacity is there and we must continue to create the will.”

On April 16, amid mounting pressure from allies to explain the president’s delay in signing a new directive, the White House said it was keeping the cap where Trump had set it, even as it loosened restrictions the former president had placed on refugees from African and Muslim countries.

The news spurred furious Democrats to sharply criticize the White House. Hours later, the White House backtracked again, with Press Secretary Jen Psaki saying Biden would raise the cap after all but signaling that his original target was no longer realistic.

The president’s own misgivings drove the unusual sequence of events. With his refusal to more swiftly raise the cap as he had promised, Biden overruled his top foreign policy and national security aides, including Secretary of State Antony Blinken. Many refugee advocates felt left in the dark.

Their anger was evident even after Psaki’s efforts to assure them that the cap would ultimately be raised. Among other places, it showed up on a recent private video conference White House staffers held with the heads of resettlement agencies. During that conversation, one White House staffer acknowledged administration officials needed to do a better job of keeping the refugee resettlement groups informed.

With anger still swirling, the White House weighed raising the cap to the original target of 62,500. Last week, one of the people familiar with the deliberations attributed the moving target in part to a review the White House was conducting of policy developments, progress and legal considerations.

Biden’s frustration with the government’s struggle to deal with unaccompanied minors at the Southern border centered on the Office of Refugee Resettlement’s response to the crisis, the person said. The unit, which is part of the Department of Health and Human Services, has responsibilities for both refugees and children at the border.

The administration’s efforts to point to the Office of Refugee Resettlement did not convince refugee advocates, with some noting that processing refugees depends on a separate funding stream. They accused Biden of playing politics more than anything else.

In a sign of the White House’s desire to repair frayed relations with refugee advocates, administration officials held a call with them after Monday’s announcement, on which they reinforced the themes Biden underscored in his statement, according to two people with knowledge of the conversation.

They said the government would probably fall short of admitting 62,500 people but would try its best to aim for that number, the two people said. Like others interviewed in this report, they spoke on the condition of anonymity to describe private talks.

A senior administration official said Monday that Biden ultimately wanted to send a message to Americans and the world that the United States welcomes refugees and is committed to protecting the most vulnerable.