Report: US Has Thrown Away 180,000 Doses of COVID Vaccine 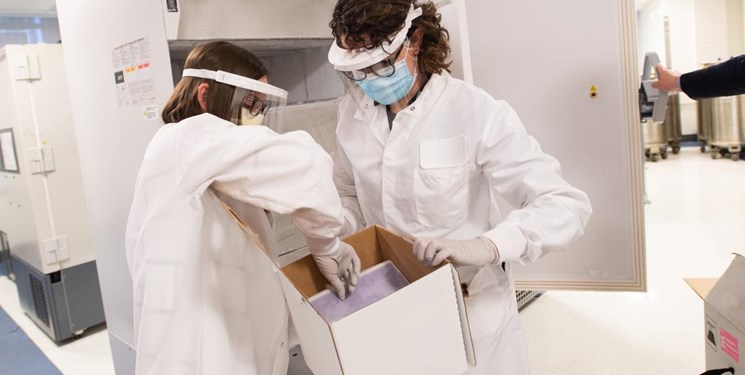 TEHRAN (FNA)- The US Centers for Disease Control and Prevention reported that 182,874 coronavirus vaccine doses have been wasted as of late March, with private pharmacy chains like CVS and Walgreens accounting for the bulk of the trashed shots.

According to data obtained by Kaiser Health News, CVS accounted for nearly half of the wasted vaccine doses, while Walgreens was responsible for 21 percent of the waste.

More than half of the doses tossed out were of the Pfizer vaccine, which requires ultra-cold refrigeration to store. Nearly 60 percent of the waste was made up of Pfizer doses.

The revelation that tens of thousands of vaccine doses have been wasted in the US comes at the same time as a new coronavirus wave tears through India.

It is not clear why the private companies were far less efficient at storing the shots than their government counterparts.

A spokesperson for CVS said that “nearly all” of its vaccine waste occurred during the early rollout period when companies were working to vaccinate the staff and residents at long-term care facilities, such as nursing homes and assisted living communities.

Some critics have pointed out that those early rollout efforts were under the direction of former President Donald Trump, and suggested that the waste may have been a result of poor planning or lack of institutional support for the pharmacies.

“To me, this ultimately correlates with just poor planning,” he said, adding, “CVS and Walgreens didn’t have a clue when it came to interacting with nursing homes. Missed opportunities for vaccination in long-term care invariably results in deaths.”

While any waste is unfortunate, particularly when so many people in the world do not have access to a vaccine, the overall number of doses discarded is slim.

The CDC tracks waste to help improve the vaccine rollout process and identify potential logjams in the distribution network.

Speaking to NBC News, Dr Bruce Y Lee, a professor of health policy and management at the City University of New York, pointed out that vaccine waste is “basically throwing [taxpayer] money down the chute”, since the vaccines have been paid for by the government.

Michael DeAngelis, a spokesperson for CVS, said the wasted doses were largely due to “issues with transportation restrictions, limitations on redirecting unused doses, and other factors.”

“Despite the inherent challenges, our teams were able to limit waste to approximately one dose per onsite vaccination clinic,” he said.

Kris Lathan, a spokesperson for Walgreens, said the pharmacy did its best to reduce potential waste by keeping its onsite vaccines in balance with the number of individuals registered to receive a shot.

“Our goal has always been ensuring every dose of vaccine is used,” she said.