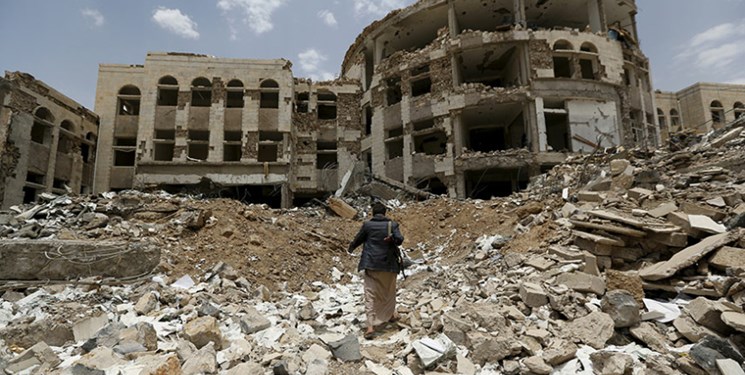 TEHRAN (FNA)- The spokesman for Yemen’s popular Ansarullah movement said any initiative by the United Nations Security Council in order to bring an end to the ongoing war on the impoverished Arab country must serve the interests of the entire Yemeni nation.

“They are talking about a limited battle [in Yemen’s strategic central province of Ma’rib], but have turned a blind eye to the siege of the country. Constraints on the conflict would not help resolve the issue, but would rather exacerbate it. Such an approach is of no use for peace, and only prolongs war,” Mohammad Abdul-Salam wrote in a post published on his Twitter page,

“Any new initiative by the Security Council will not come to fruition unless it first serves the interests of the Yemeni nation,” he said, adding, “Yemeni people do not pay attention to anyone who does not respect their right to security, peace and sovereignty.”

Separately, Mohammad Ali al-Houthi, a senior member of Yemen’s Supreme Political Council, tweeted, “We have a vision for peace and reconciliation. We expect the attitude to be taken into account at the Security Council.”

The remarks came amid reports that efforts are underway at the UN, international and regional levels to end the Yemeni crisis and stop the war.

The Lebanon-based and Arabic-language al-Mayadeen television news network, citing informed sources speaking on condition of anonymity, reported on Thursday that “there is an international and regional consensus to replace UN Security Council Resolution 2216 with an alternative initiative, which ensures the cessation of the war and resumption of the political process between Yemeni parties.”

The sources noted that the UN plan “will invite all Yemeni political and military parties to join negotiations,” noting that “the initiative will practically pave the way for the dismissal of former Yemeni President Abd Rabbuh Mansur Hadi”.

The Lebanon-based and Arabic-language al-Akhbar daily newspaper reported that the militants have carried out more than 100 raids since early Friday, but have not managed to go anywhere beyond the outskirts of Hama al-Dahla district, which lies East of Tala'at al-Hamra.

Yemeni army forces and fighters from allied Popular Committees have also been able to advance toward Wadi al-Mill area Northeast of Ma’rib city, and have repelled attacks on the areas of al-Qabaqayb and al-Hanafir.

A tribal source told al-Akhbar that pro-Hadi forces have received strict instructions from the Saudi-led coalition operations rooms in Riyadh on the necessity to regain the strategic locations lost on the ground last Wednesday.

Under huge pressure from the military alliance, scores of Saudi-backed militants have moved from Ma’rib towards battlefronts in the Western and Northwestern flanks of the city without prior planning.

The source pointed out that the militants have suffered heavy losses over the past two days, indicating that more than 125 Saudi mercenaries have been killed or wounded during the operations.

Saudi Arabia, backed by the US and other regional allies, launched a devastating war on Yemen in March 2015, with the goal of bringing Hadi’s government back to power and crushing Ansarullah.