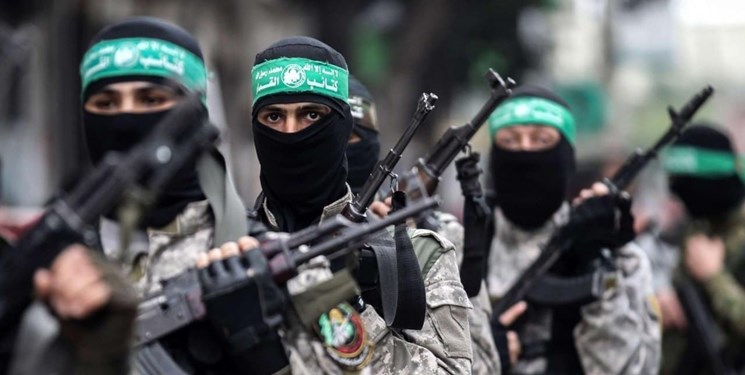 TEHRAN (FNA)- The military wing of the Gaza-based Hamas resistance movement warned that the Israeli regime will “pay a heavy price” if it keeps up its acts of aggression against fellow Palestinians in the Sheikh Jarrah neighborhood of occupied East Jerusalem Al-Quds.

According to the Palestinian Information Center, Mohammed Deif, chief of staff and supreme commander of the Izz Al-Din Al-Qassam Brigades, issued a rare and strongly-worded statement to deliver a “final” warning to the Israeli regime against the planned eviction of a number of Palestinian families from their homes in the neighborhood.

“This is our final warning; If the aggression against our people in the Sheikh Jarrah neighborhood does not stop immediately, we will not stand idly by and the occupation will pay a heavy price,” he said.

“I salute our steadfast Palestinians at Sheikh Jarrah in occupied Jerusalem. The resistance leadership and Al-Qassam are watching closely what is happening in the neighborhood,” added the resistance commander.

Israeli forces have been demolishing Palestinian homes and structures in the neighborhood for the construction of a new settlement outpost in the area under an Israeli court ruling.

The warning came a day after Israeli forces and settlers tried to force the Palestinians to abandon their residences in that area. They attacked Palestinian homes there, with 20 people sustaining injuries as a result and at least four men and one girl arrested by Israeli forces.

Hamas had already warned Israel against harming the inhabitants of Sheikh Jarrah, and urged Palestinians to intensify their presence in the streets of the neighborhood to prevent the implementation of “Zionist schemes”.

Meanwhile, as tensions grow in the occupied territories, Palestinian groups have underlined the need for “armed struggle” as the best and shortest way of liberating Palestine and countering plots aimed at destroying the Palestinian cause.

In a statement carried by Palestinian media on Tuesday, they called on the Palestinian people to take part in the Friday prayers this week in order to renew their pledge to fight the occupying regime in Tel Aviv, and counter Israeli settlers who have threatened to attack Al-Aqsa Mosque.

The Palestinian groups pointed to the International Quds Day which falls on Friday, saying the occasion, which was named by the late founder of the Islamic Republic Imam Khomeini, is a day of unity among Muslims in order to liberate Al-Quds from the Israeli occupation.

They stated that this year’s Quds Day coincides with the victory of Palestinian youth against the Israeli regime’s aggression in Jerusalem Al-Quds and Al-Aqsa Mosque.

Since the beginning of the holy month of Ramadan, Israeli settlers have been trying to prevent Muslims from performing their religious duties in Jerusalem Al-Quds through attacks under the Israeli military’s protection.

The Palestinians have defended themselves by fighting back against the attacks.

"Al-Quds is ‘Arabic and Islamic’ and will remain so. Al-Quds is the main issue of the Islamic Ummah (community), the axis of the fight against the occupying Zionist regime and the eternal capital of Palestine, and there is no place for the occupying regime in the land of Palestine,” the statement read.

It described the struggle in Al-Quds against Israel as a fight for “identity and existence”, adding the so-called deal of the century, the annexation of Palestinian territories by the occupying regime, and the normalization of certain Arab countries with Israel are doomed to failure.

The Palestinian resistance groups also condemned any delay in holding the upcoming elections and emphasized that the elections must be held firstly in Al-Quds.

The statement came days after Palestinian President Mahmoud Abbas postponed the legislative elections, the first Palestinian elections in 15 years, amid a dispute over voting in the occupied East Jerusalem Al-Quds and divisions in his Fatah party.

Abbas’s decision drew strong criticism from Palestinians and their supporters around the world.